Vivo S10 can be seen sporting a rectangular rear camera module with three sensors and a flash. 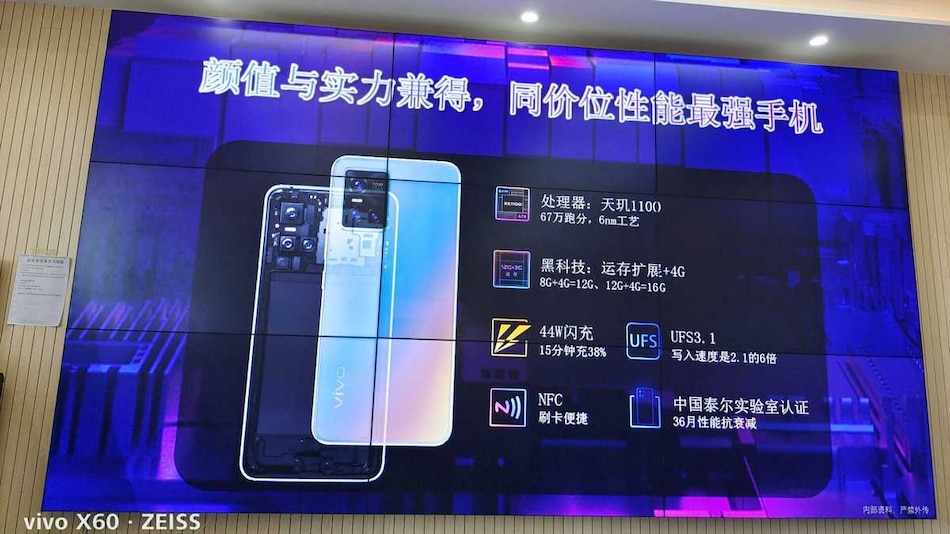 Vivo S10 has reportedly leaked and is said to be powered by the MediaTek Dimensity 1100 SoC. The tip comes from Chinese microblogging website Weibo and a known Indian tipster. The phone will be the successor to the Vivo S9 that was launched back in March. The Vivo S10 seems to carry a triple rear camera setup headlined by a 108-megapixel primary sensor and it is unclear if it will retain the dual-selfie camera notch that the Vivo S9 featured. It should be noted that as of now, the company has not shared any information about the Vivo S10.

Vivo seems to be working on a successor to the Vivo S9 from March called the Vivo S10 and an image shared by Chinese tipster with the pseudonym Technology big and tall (transated) on Weibo has given us a look at what to expect.

Separately, tipster Abhishek Yadav shared an image of what seems to be a promo poster with specifications for the Vivo S10 on Twitter, stating it will be powered by the MediaTek Dimensity 1100 SoC — same as the Vivo S9. It is said to come with NFC support, Android 11, UFS 3.1 storage, and support for 44W fast charging. The tipster also states that the Vivo S10 will come in two RAM configurations, 8GB + 4GB virtual RAM and 12GB + 4GB virtual RAM.

As of now, it is unclear if the phone will be launched in India as the Vivo S9 has not made its way here yet. As mentioned earlier, Vivo has not officially shared any details on the Vivo S10 so this piece of information should be taken with a pinch of salt.