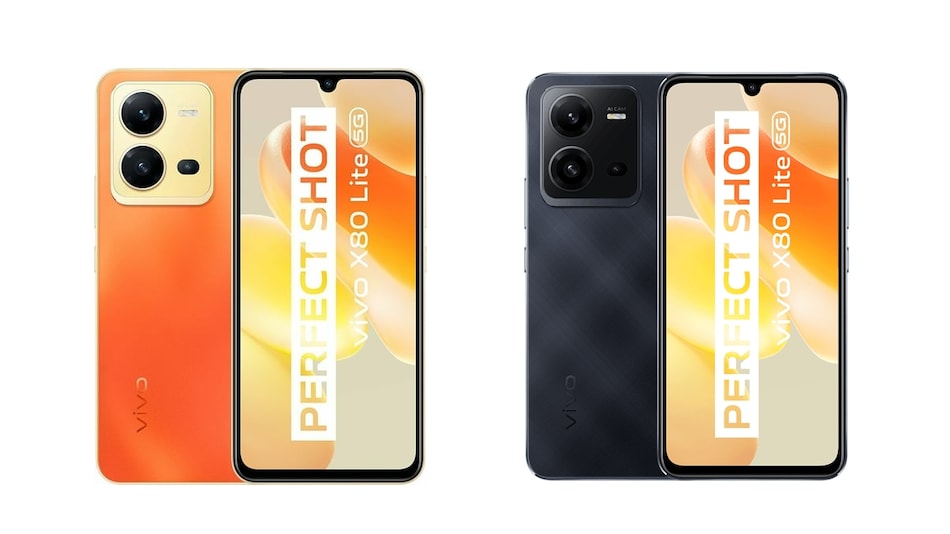 Vivo X80 Lite has been in the rumours for a few weeks now. The exact launch date of the new X80 series phone has not been shared by Vivo yet, but ahead of it, renders of the smartphone, along with its price details and specifications, have leaked online. As per the latest leak, Vivo X80 Lite will feature a 90Hz refresh rate display and could be powered by a MediaTek Dimensity 900 SoC. In the leaked renders, it is seen featuring a waterdrop-style notch display. The Vivo X80 Lite is said to arrive as a flagship-level smartphone featuring a triple rear camera unit, headlined by a 64-megapixel primary sensor.

German publication WinFuture.de has leaked the renders, price, and specifications of the rumoured Vivo X80 Lite smartphone. As per the leak, the upcoming Vivo smartphone will be priced under EUR 450 (roughly Rs. 35,600).

The leaked renders suggest two colour options for the Vivo X80 Lite and show a waterdrop-style notch display at the front to house the selfie shooter. Further, it is seen sporting a triple rear camera unit along with an LED flash.

As per the leak, the purported Vivo X80 Lite may run on Android 12-based FunTouch OS 12. It is said to feature a 6.44-inch AMOLED (1,080x2,404 pixels) display with a 90Hz refresh rate and HDR10 support. The handset is tipped to be powered by the octa-core MediaTek Dimensity 900 SoC coupled with 8GB of RAM.

For optics, the upcoming Vivo X80 Lite is said to carry a triple rear camera setup, led by a 64-megapixel primary sensor with an f/1.78 lens with support for optical image stabilisation (OIS). The camera unit is also expected to include an 8-megapixel ultra-wide-angle sensor with an f/2.2 lens and a 2-megapixel macro sensor. For selfies, the phone could sport a 50-megapixel front camera with autofocus and an f/2.0 lens. The handset is tipped to pack 256GB of onboard storage that can be expanded via a microSD card.

Connectivity options in the handset are expected to include NFC and Bluetooth v5.2. The Vivo X80 Lite is tipped to come with a fingerprint sensor as well. Vivo could pack a 4,500mAh battery in the upcoming device and offer support for 44W fast charging.