Vivo Y91, Vivo Y91i Price in India Cut, to Be Offered Both Online and Offline

Both Vivo phones have received a price cut of Rs. 500. 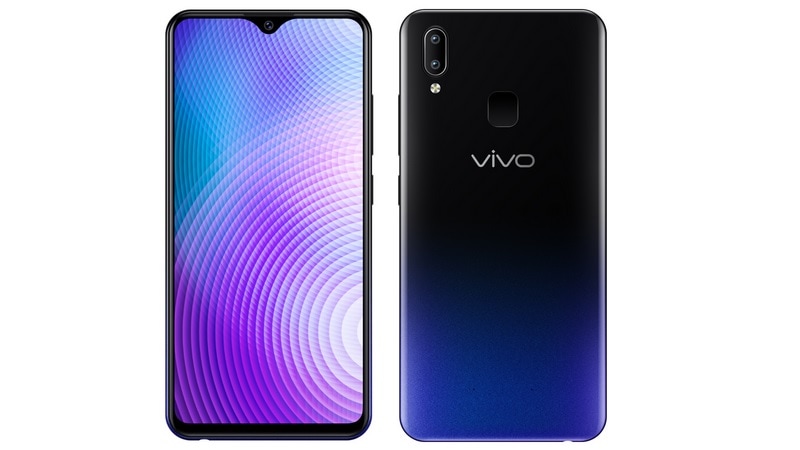 Vivo Y91 has a dual camera setup at the back, whereas Vivo Y91i comes with a single camera

Vivo Y91 and Vivo Y91i have received a price cut in India. The prices of the two phones have been revised by up to Rs. 1,500, and they now start at Rs. 6,990 and Rs. 8,49, respectively. Key features of the Vivo Y91 include a dual rear camera setup, waterdrop-style notch, a 6.22-inch HD+ display, and a MediaTek Helio P22 SoC. Talking about the Vivo Y91i highlights, the phone has a 6.22-inch HD+ display and comes with an octa-core MediaTek Helio P22 SoC.

Vivo Y91 2GB + 32GB model was earlier priced at Rs. 8,990, but it will now retail for as low as Rs. 8,490 in India. This means a price cut of Rs. 500. The new price is not reflecting on online sites as of yet, but it should show up shortly. The phone has been made available on Amazon.in, Flipkart, Paytm, Vivo India e-Store, and various offline stores. Mumbai-based retailer Mahesh Telecom has confirmed that the Vivo Y91 has received a price cut in offline stores as well. Vivo has officially confirmed the price drop to Gadgets 360. The 3GB + 32GB model of the phone will continue to retail at Rs. 8,990.

Vivo Y91i 2GB RAM + 32GB model is now priced in India at Rs. 6,990. The phone was earlier retailing at Rs. 7,490. It was launched in the offline channels but we can also see it listed on Amazon.in as well as Vivo.com. There is no change in the price of 2GB + 16GB model right now.

For photos and videos, the Vivo Y91i sports a 13-megapixel camera sensor at the back along with an f/2.2 lens and an LED flash. There is also a 5-megapixel selfie camera at the front, featuring an f/1.8 lens.

The Vivo Y91i comes with 16GB/ 32GB of onboard storage that is expandable via microSD card. Connectivity options include 4G LTE, Wi-Fi, Bluetooth v5.0, GPS/ A-GPS, FM radio, Micro-USB, and a 3.5mm headphone jack. Sensors on board include an accelerometer, ambient light, gyroscope (virtual), magnetometer, and a proximity sensor. Vivo has provided a 4,030mAh battery on the Y91i.

For storing content, the Vivo Y91 3GB RAM variant has 32GB of internal storage that is expandable via microSD card (up to 256GB). Connectivity options on the phone include 4G, Wi-Fi, Bluetooth v5.0, GPS/ A-GPS, Micro-USB port with USB OTG support, and FM radio. Built-in sensors include an accelerometer, ambient light sensor, fingerprint sensor, magnetometer, and a proximity sensor.