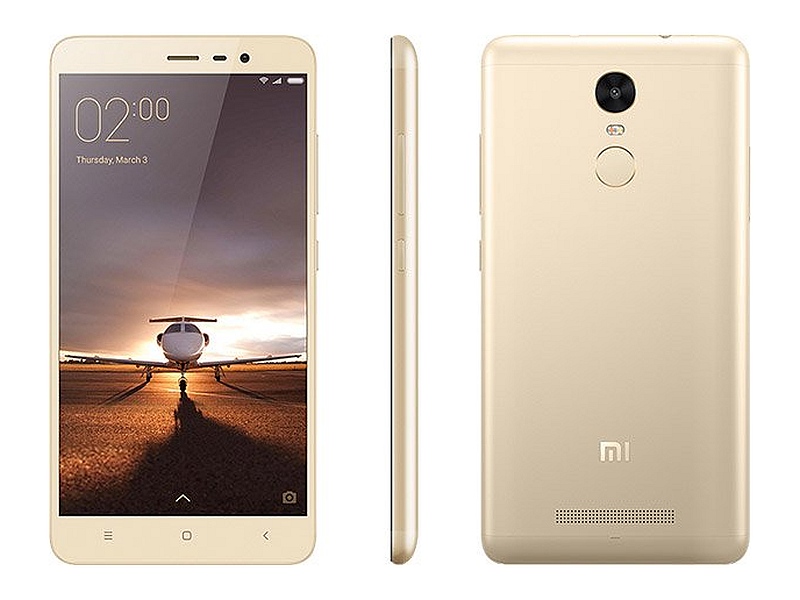 Xiaomi has launched Redmi Note 3 smartphone in India, introducing a Qualcomm-based variant of the handset in the country. This marks the first international launch of the Xiaomi Redmi Note 3, which was launched in China in November last year sporting a MediaTek Soc.

The new variant of the Xiaomi Redmi Note 3runs Qualcomm's Snapdragon 650 SoC, and Xiaomi claims it is the first smartphone in the country to do so. It will be available in Dark Grey, Champagne Gold, and Silver colours, and Xiaomi says the smartphone is its third 'Make in India' offering in the country.

The smartphone features an all-metal body and also packs a fingerprint scanner at the back, just like the original Redmi Note 3 with a MediaTek SoC. Xiaomi says users can store up to 5 fingerprint profiles. Users will get a 2-month free subscription to Hungama. Xiaomi also announced that its recently unveiled Mi 5 flagship will launch in India in April.

The highlight of the new Redmi Note 3 is it packs a hexa-core Snapdragon 650 processor (four Cortex-A53 cores clocked at 1.4GHz and two Cortex-A72 cores clocked at 1.8GHz). Other specifications of the smartphone are identical with original, including a 5.5-inch full-HD 1080x1920 pixels IPS display and offers 178-degree viewing angle.

It runs MIUI 7 based on Android Lollipop and supports dual 4G SIM cards (Micro + Nano). The handset packs a 4050mAh battery with fast charging support that can charge up to 50 percent in 1 hour, same as the Redmi Note 3. On the camera front, the Xiaomi Redmi Note 3 sports a 16-megapixel rear camera with phase detection autofocus (PDAF) and two-tone flash. It also houses a 5-megapixel front camera. It measures 150x76x8.65mm and weighs 164 grams. For connectivity, the handset supports 4G LTE (compatible with Indian LTE bands), VoLTE, Bluetooth, 3G, GPRS/ EDGE, GPS, Glonass, Wi-Fi, and Micro-USB. The Mi Bluetooth speaker was also launched, at Rs. 1,999.

US Defense Secretary Says Favours Strong Encryption, Not 'Back Doors'
Research Into 3D Display Technology May Lead to Fewer Headaches