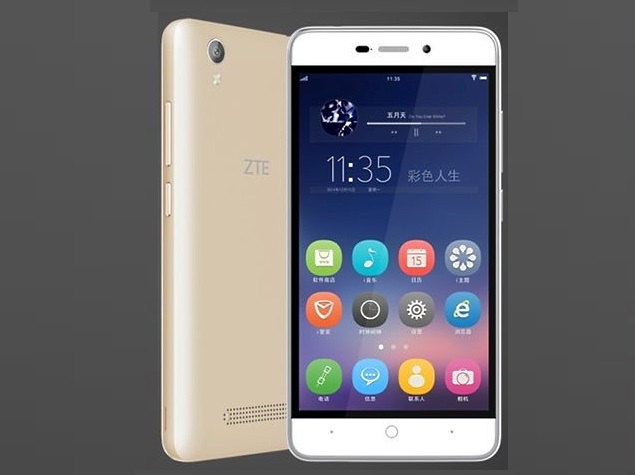 ZTE, soon after launching the Nubia Z9 smartphone in China, has now unveiled yet another smartphone, the Q519T. Unveiled in China, the ZTE Q519T has been priced at equivalent of $95 (approximately Rs. 6,000).

The Chinese company, as of now, has not revealed whether the ZTE Q519T smartphone will be launching outside China.

For specifications, the dual-SIM based ZTE Q519T features a 5-inch (720x1280 pixels) HD display and runs Android 5.0 Lollipop out-of-the-box. The smartphone is powered by a 1GHz quad-core MediaTek (MT6735) processor coupled with 1GB of RAM and Mali T720MP1 GPU.

It comes with 8GB of inbuilt storage, which is further expandable via microSD card (up to 32GB). It sports a 5-megapixel rear camera with LED flash, while there is a secondary 2-megapixel front-facing camera also on board. On the connectivity front, it offers 3G, GPRS/ EDGE, Wi-Fi 802.11 b/g/n, Micro-USB, LTE, and Bluetooth options. The launch was first reported by Softpedia.

Of note, is the recently unveiled Lenovo K80, which also features similar battery capacity, a demand that several Chinese manufacturers are trying to address. It however sports 4GB of RAM, and a more mid-range price tag of roughly Rs. 18,400.

Android M, New Photos Service, and Everything Else You Can Expect at Google I/O 2015
Video Will Drive LTE Adoption in India, Says Qualcomm's Dinesh Prasad