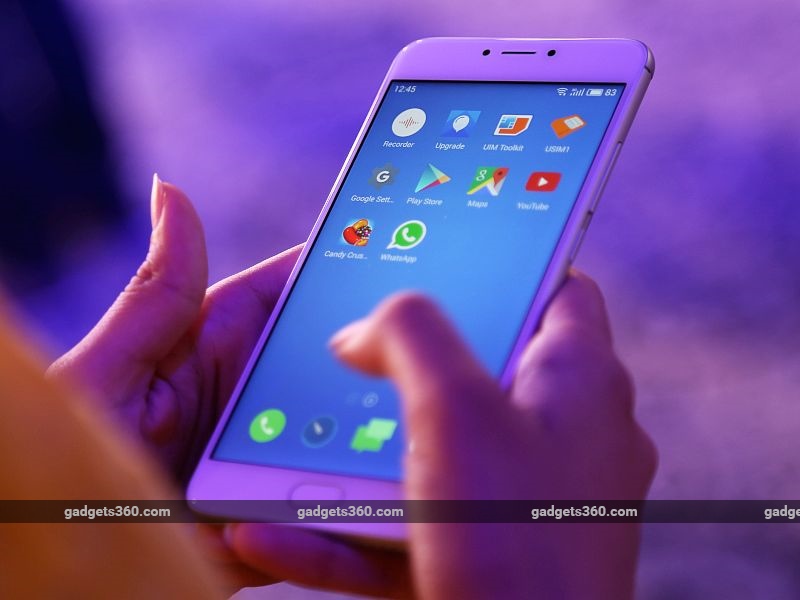 Highlights
Chinese handset maker Meizu on Wednesday unveiled its new m3 note smartphone in India. At an event in New Delhi, Meizu showcased the new m-series smartphone which brings a host of improvements over its predecessor, the Meizu m2 note. Some of the improvements in the new Meizu m3 note include an all-metal body, a new fingerprint scanner, multi-window support, and a larger battery.

Leon Zhang, Marketing Head, Meizu India, also talked about how the brand has grown in India since its debut. The company claimed it now has over 100 service centres and also introduced a new WhatsApp service for Meizu users. At the event, we spent some time with the Meizu m3 note and here are our first impressions.

To start off, the Meizu m3 note doesn't really look anything the company has launched before. Zhang noted that the m3 note was the first all-metal m-series smartphone. The device sports a unibody design and is made of 6000 series aluminium alloy. The front is dominated by the screen which sports 2.5D curved glass. There is a physical home button as well, with an embedded fingerprint scanner. You'll also see a camera, earpiece, and sensors above the display. 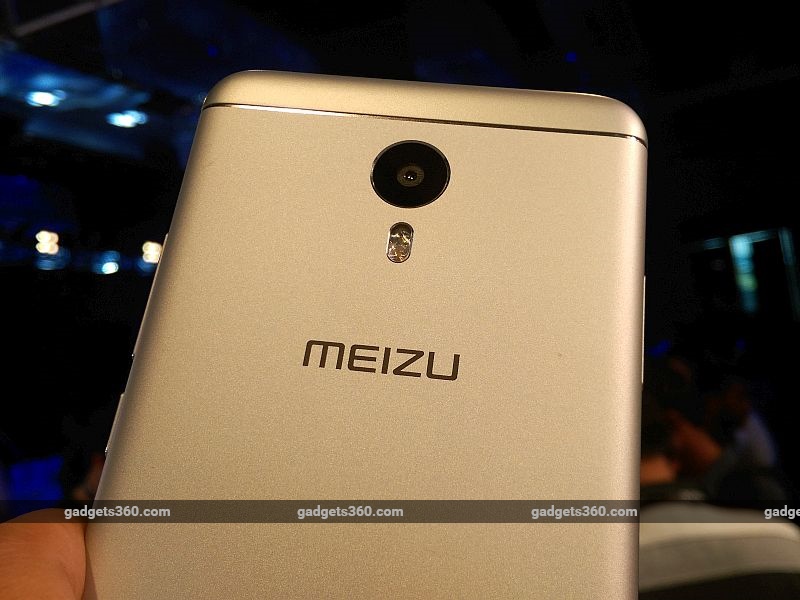 The rear has antenna bands running along the top and bottom. The primary camera is placed in the centre and is accompanied by a dual-LED flash. The Meizu logo is embossed lower down. The power and volume buttons are on the right, while the left has the SIM card and microSD card slot. The 3.5mm audio jack is on top, while charging port and speakers are on the bottom.

Overall, the m3 note looks like a solid device and fits well in hand. The device definitely feels sturdier than the m2 note which was all plastic. Despite featuring a 5.5-inch screen, the m3 note was easy to use with just one hand. The physical home button was easy reachable with our thumb.

The handset is powered by an octa-core MediaTek Helio P10 SoC (four 1.8GHz Cortex-A53 cores and four 1GHz Cortex-A53 cores, plus Mali-T860 graphics) which the company claimed offers 125 percent better graphics performance compared to the m2 note. The 4100mAh battery is one of the highlights of this device. 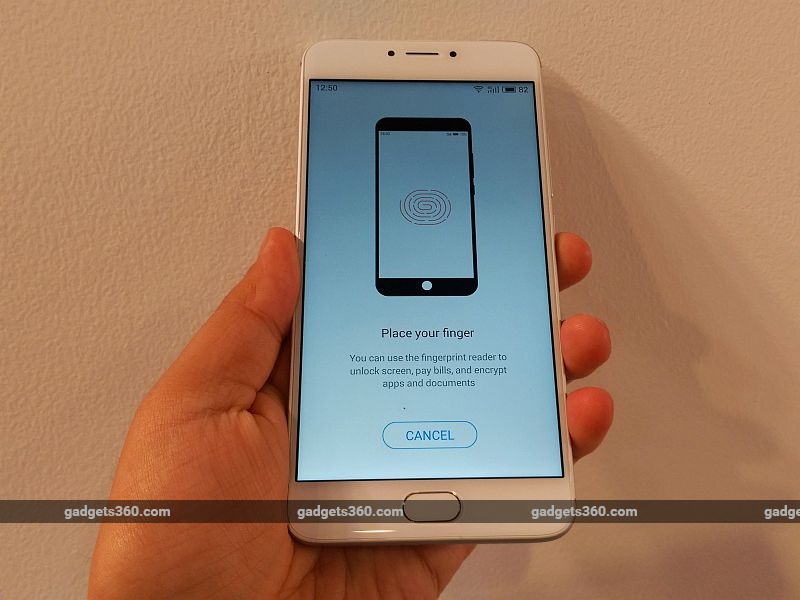 During our limited time with the handset, the Meizu m3 note handled multitasking and app switching pretty easily without any lag. For connectivity, the smartphone supports 4G on both SIMs. The company claims that the m3 note supports 6 modes and 18 frequency bands, including Indian LTE bands.

The physical home button on the m3 note smartphone also works as a back button, just like the one on the Meizu m2 note. The Marketing Head of Meizu India explained during his keynote that users have to tap the home button to go back, while pressing it will take them to the homescreen. Unfortunately, we couldn't test the fingerprint sensor on the phone at the launch.

The Meizu m3 note runs Flyme 5 OS based on Android 5.1 Lollipop and the company touted that it brings several improvements over Flyme 4.5. Meizu said that power consumption has decreased by up to 32 percent on m3 note running Flyme 5 compared to the m2 note. 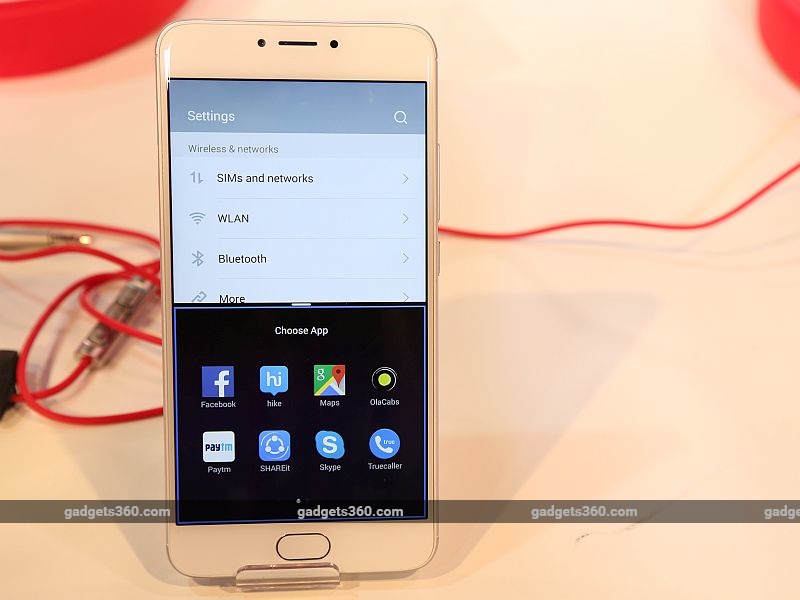 One of the biggest highlights of the Flyme 5 is multi-window support, which splits the screen in two halves and allows users to perform two functions simultaneously. On the m3 note, users will have to swipe up from the bottom of the screen to access their recently opened apps, and the multi-window option appears on one of the app cards. The first half of the screen shows the app which was in use while the second half can be used for another app.

Some of the other enhancements that Flyme 5 brings are a revamped Gallery app which can now sort photos based on time or place; a new Wi-Fi doctor feature that can attempt to fix problems with connections, and new Quick Share feature that allows data to be transferred at 17Mbps through Wi-Fi. Some other features of Flyme 5 are an inbuilt storage cleaner, a RAM optimiser, and an anti-virus tool.

The company at the event also announced that the Flyme 5 will be rolling out to all Meizu smartphones launched in India this year. 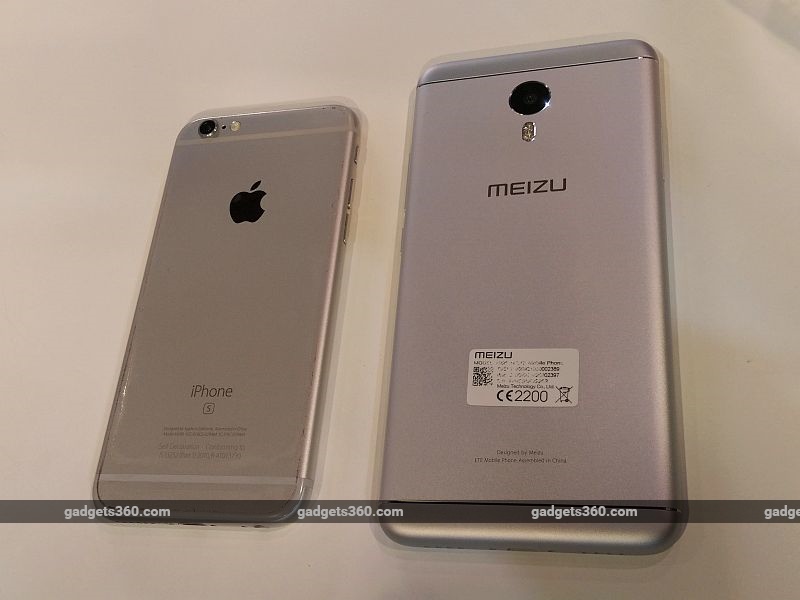 The smartphone sports a 13-megapixel rear camera with an f/2.2 aperture and phase-detection autofocus. It also features Corning Gorilla Glass 3 for lens protection. There is a 5-megapixel front-facing camera with an f/2.0 aperture as well. The images we took in artificial indoor lighting seemed vibrant with good colour reproduction. Low light shots taken with the m3 note seemed above average. The front 5-megapixel camera also produced decent-looking samples. We will however reserve our verdict on the phone's overall performance and camera quality till we get the chance to put it through our detailed review process.

Final Thoughts
At Rs. 9,999, the Meizu m3 note definitely looks like a great package and will give tough competition to other competitors in the price segment including the Xiaomi Redmi Note 3 (2GB RAM model), LeEco Le 1s Eco, and the Coolpad Note 3 Plus.