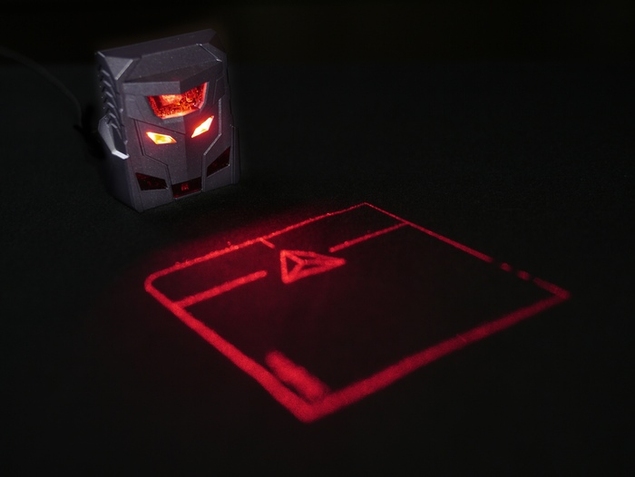 Every week, we look at crowdfunding sites such as Kickstarter and Indiegogo to find great projects you might want to back. We're always on the lookout for projects ranging from the next big thing to the weird yet cool tech products that won't find traction in a big company.

That's because some of the coolest products in recent times such as the Pebble Smartwatch and the Oculus Rift virtual reality headset owe their existence to crowdfunding. Not every project is a gamechanger and you'll find quite a few projects that get funded but fail to ship.

But if can afford to write off a little money, then you might want to back an interesting idea and take a chance at landing an absolute gem of a product. Read on to see if you'd like to back this week's cool ideas that are seeking your funding.

Odin is an interesting "projection mouse" that we found on Kickstarter. It's a portable gadget that'll fit in your palm. It sits on your desk and projects an outline of the mouse on the desk. From there on, the "projection mouse" works as trackpads do.

Odin supports a bunch of gestures that make it easy to perform common actions such as scrolling, zooming in and out, going forward and back in the OS or browser, etc. Sure, you may not be able to hold and move it like a regular mouse but that shouldn't be a big problem if you need a portable mouse for your laptop or an alternative trackpad.

You can see the pitch video below:

This week we also found another interesting project that deserves a mention. Wondercube is a tiny 1-inch cube that acts as a charging cable, has a microSD slot for extra storage, has an LED torch and can even be a stand for your phone. The extra storage works over USB OTG, so you can expand your Android smartphone's storage. It's handy little gadget that also acts as a nice keyring. If you're interested, you can get one for $49 (roughly Rs. 3,000).

To see more interesting projects, check out the previous editions of Kickstarter of the Week.