This Chennai-Based Company Is Making a Smart Backpack 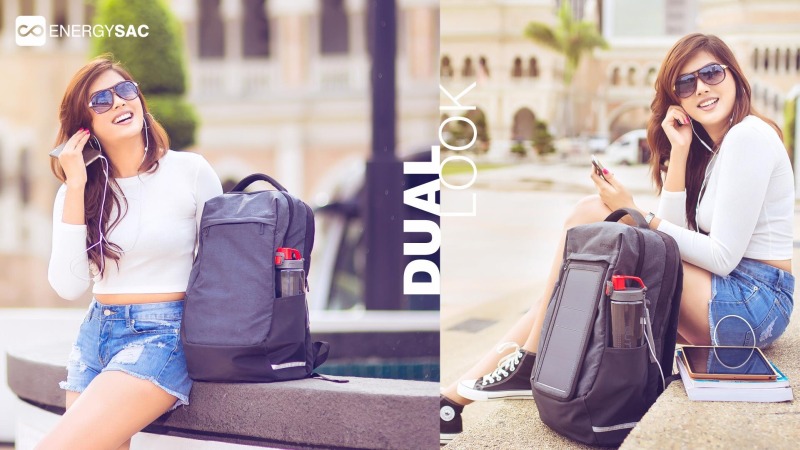 The Energy Sac is a backpack that has a solar charger you can use to power up your phone on the go, a GPS tracker so you'll never lose it, and it is splash resistant too, so you don't need to worry about it getting a little wet. Designed by Dcode Technology, a company based in Chennai, the project is now seeking funding on Kickstarter.

While most people put up projects on Kickstarter because they don't have the money to fuel their ideas, Dcode Technology co-founder Lalit Kumar says funding isn't why it went to the crowdfunding website.

"It has become a big task to reach the end user. That's why we went to Kickstarter," Kumar says, speaking to Gadgets 360 on the phone. He adds that Dcode wanted to see if there is a demand for the product, and ship it based on the number of orders.

Kumar says he is a cyclist and a trekker himself, and when creating the backpack the company made sure that it can be used by adventurers and executives alike. The backpack features a solar charger, which could be a godsend for those who head out on multi-day hikes. It has a 10000mAh battery pack, so you'll be able to recharge your phone multiple times without running out of juice. And it's water-resistant so you need not worry about being caught out in the rain.

The Energy Sac also comes with a few safety oriented features. The GPS tracker in the bag will help people track it if it gets lost or stolen. It has a safe pocket on the back that lets you store valuables. Its strap has a slot for quickly accessing items you need often, such as access cards.

Here's a video of the Kickstarter pitch you can see for yourself:

Co-founders Lalit Kumar and Aashish Kumbhat both have a background in trading. They've been trading in accessories for smartphones and tablets for around a decade. Kumar says they wanted to create a product that generates demand, and he feels that there is a demand for a product like the Energy Sac in India too.

If the product doesn't get funded on Kickstarter, the company will try its luck on Indiegogo, and but it has no immediate plans for manufacturing the Energy Sac unless it gets funded. At the time of writing the project had raised $4,095 (roughly Rs. 2.7 lakhs) of its $20,000 (roughly Rs. 13 lakhs) funding goal, with another 40 days to go.

You can get just the backpack without any of the accessories for as low as $99 (approximately Rs. 6,700) via Kickstarter right now and it goes without saying that it'll be delivered only if the project gets funded. Or, you can order the Energy Sac with a GPS tracker, the battery pack, a plug to charge your gadgets at $229 (approximately Rs. 15,300). The EnergySac is shipping worldwide, with deliveries pegged to start from November 2016.