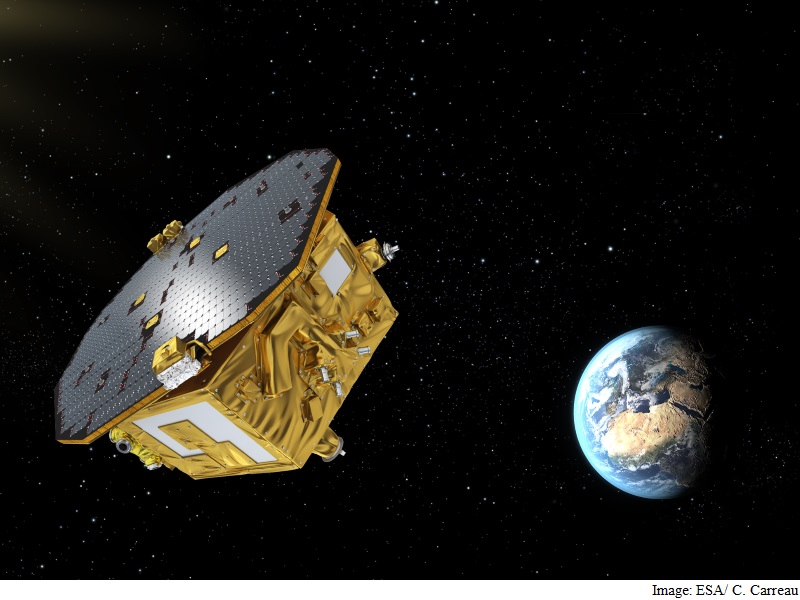 A ground-breaking physics mission has opened up space as the next frontier for exploring a ubiquitous, invisible force predicted by Albert Einstein a century ago, project leaders said Tuesday.

A demonstration probe dubbed Lisa Pathfinder was launched by Europe last December on the first stage of a decades-long mission to observe gravitational waves from space.

Pathfinder was designed to test technologies to be fitted into a massive space lab, the Laser Interferometer Space Antenna (Lisa), sketched for launch in 18 years' time.

"We now know that we have sufficient sensitivity to observe them (gravitational waves) from space," Fabio Favata of the European Space Agency's science directorate told journalists by webcast from Madrid.

"A new window to the Universe has been opened."

In his General Theory of Relativity, Einstein theorised in 1916 that space and time are interwoven into a fourth dimension called space-time.

He predicted the acceleration of objects with mass would warp space-time and create ripples known as gravitational waves.

Theoretically, the strongest waves would be caused by the most cataclysmic processes in the Universe black holes coalescing, massive stars exploding, or the very birth of the Universe some 13.8 billion years ago.

Ready for the marathon
Gravitational waves do not interact with matter, and thus travel through the Universe unimpeded.

They are so small less than the radius of an atom as to be almost undetectible.

In February, scientists using Earth-based instruments announced they had detected a gravitational wave for the first time ever.

The US-based Laser Interferometer Gravitational-Wave Observator (LIGO) caught a glimpse of a space-time ripple emitted by the merging of two black holes some 1.3 billion years ago.

Now, European scientists hope to be able to equal and improve on this feat, using the advantage of space.

With Lisa, its free-floating detectors stretched out over millions of kilometres in space, the team hopes to observe waves from black holes "which are millions of solar masses," project scientist Paul McNamara told AFP.

Ground-based experiments, with limited lab space and less stability because of Earth vibrations, can measure objects only about one to 10 times the mass of our Sun.

The study of gravitational waves opens exciting new avenues in astronomy, allowing measurements of faraway stars, galaxies and black holes based on the waves they make.

Indirectly, it builds on the evidence that black holes never directly observed do actually exist.

"With gravitational wave astronomy coming into full bloom with space-based detectors, we will be able to study merging black holes, which are such a fundamental part... of the evolution of our Universe," said Favata.

The ESA said Pathfinder, a free-floating, demo detector enclosed in a satellite some 1.5 million kilometres (930,000 miles) from Earth, surpassed its scientific objective.

Even better, "we were able to see femtometre motions" at the scale of a quadrillionth of a metre "really, really small motions," said project member Martin Hewitson of the University of Hanover.

With the demo project, "we have not only learnt to walk, but actually to jog pretty well," added Favata.

The main wave-detecting project was provisionally set for launch in 2034.

"But with the wonderful results of Pathfinder, maybe that can be advanced, we don't know yet," said McNamara.