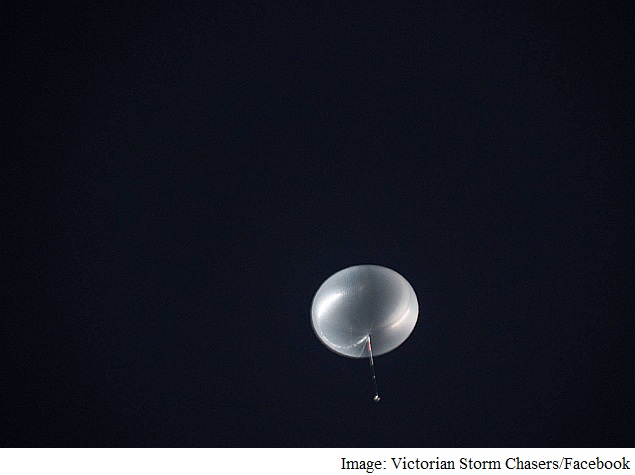 Many people in Victoria took a Nasa balloon for an unidentified flying object (UFO) and one of them even called police, the Southland Times reported.

People soon took to social media after spotting Nasa balloon in the sky above Victoria and thought it was a UFO.

Victorian Storm Chasers updated their Facebook page with a post saying "We have had a few images coming into the page about the mysterious slow high flying light over parts of Victoria tonight".

"We are able to confirm that it is a Nasa Super Pressure Balloon (SPB) which was launched last month in New Zealand," it read.

Many people had commented on the post saying they thought it was a UFO and the post had laid an unanswered question about what the mystery object was to rest.

Others said they thought it was the planet Venus, a jellyfish in the sky or the Goodyear blimp. The post was shared over 700 times and received almost 1,000 comments.

One witness was driving when she saw the light in the sky.

"I looked up and there was this weird thing in the sky, and there was a lot of other cars stopping to look at it too. It looked like a white circle with lines across it. It just didn't look right," she was quoted as saying.

She called police who took a report of the incident. The $1.6 million helium balloon was launched from Wanaka Airport in New Zealand on March 27.

It was expected to circle the world two or three times before landing in South America.