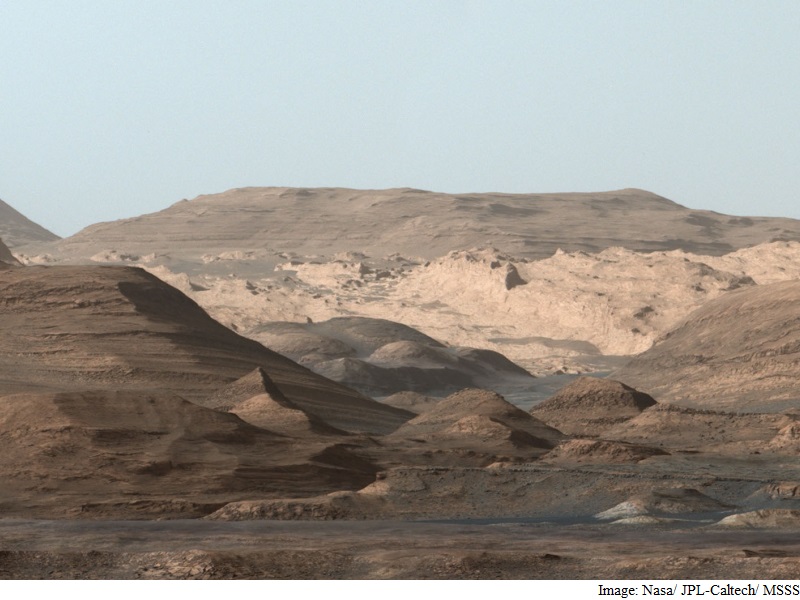 While you enjoy spectacular landscapes and a lone astronaut's fight for survival in Matt Damon-starrer "The Martian," Mars Curiosity rover has sent a stunning "postcard" after it drilled its eighth hole on the Red Planet.

The drilling of 2.6-inche deep hole in a rock - labeled as "Big Sky" - is part of a multi-day sequence that will result in the analysis of the Martian rock's ingredients by the rover's onboard laboratories.

"With 'Big Sky', we found the ordinary sandstone rock we were looking for," said Curiosity project scientist Ashwin Vasavada.

It also happens to be relatively near sandstone that looks as though it has been altered by fluids - likely groundwater with other dissolved chemicals.

"We are hoping to drill that rock next, compare the results, and understand what changes have taken place," he said in a statement.

The analyses of the rock-powder samples will occur over the next week.

Meanwhile, the team will be turning the rover's attention and its wheels towards the second rock, where the sample analysis process will begin anew.

Curiosity is currently on the lower slopes of Mount Sharp in a region covered in sandstone called the "Stimson Unit".

"The only thing more stunning than these images is the thought that Curiosity will be driving through those lower hills one day," Vasavada noted.

"We couldn't help but send a postcard back to all those following her journey," he added.