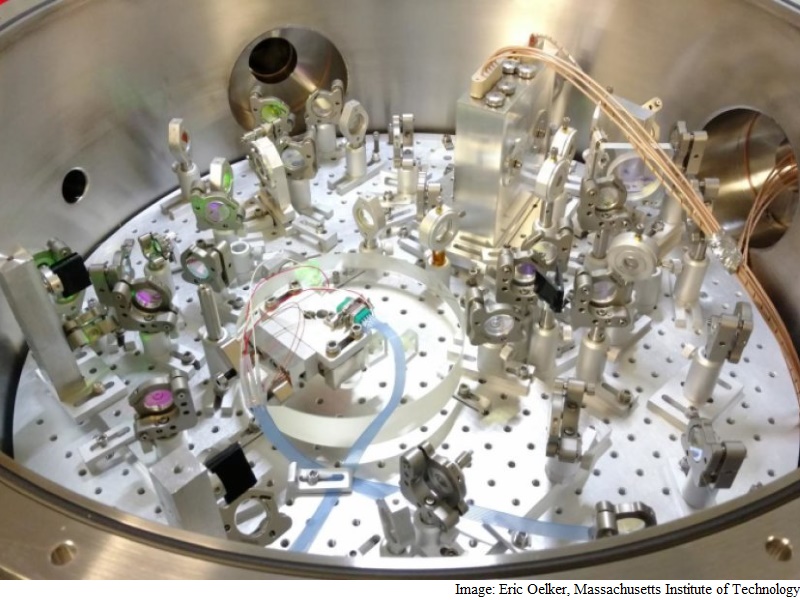 The team from Massachusetts Institute of Technology (MIT) and Australian National University report on improvements to what is called a squeezed vacuum source.

Although not part of the original Advanced LIGO design, injecting the new squeezed vacuum source into the LIGO detector could help double its sensitivity.

This will allow detection of gravitational waves that are far weaker or that originate from farther away than is possible now.

"There are many processes in the universe that are inherently dark; they don't give off light of any colour," said Nergis Mavalvala from MIT Kavli Institute for Astrophysics and Space Research.

"Since many of those processes involve gravity, we want to observe the universe using gravity as a messenger," Mavalvala said in a paper that appeared in the Optica.

Scientists at Advanced LIGO announced the first-ever observation of gravitational waves earlier this year - a century after Albert Einstein predicted their existence in his general theory of relativity.

Researchers from the California Institute of Technology and MIT conceived, built, and operate identical Advanced LIGO detectors in Livingston, Louisiana and Hanford, Washington.

Each observatory uses a 2.5-mile-long optical device known as an interferometer to detect gravitational waves coming from distant events, such as the collision of two black holes detected last year.

The researchers are planning to add their new squeezed vacuum source to Advanced LIGO in the next year or so.

Once implemented, it will improve the sensitivity of the gravitational detectors, particularly at the higher frequencies important for understanding the composition of neutron stars.

These extremely dense stars contain the mass of the sun, which has a radius of 700,000 km, within just a 10-km diameter.