The open US Congressional hearing on Tuesday was followed by a closed-door meeting. Scientists say this session could have had the data they needed. 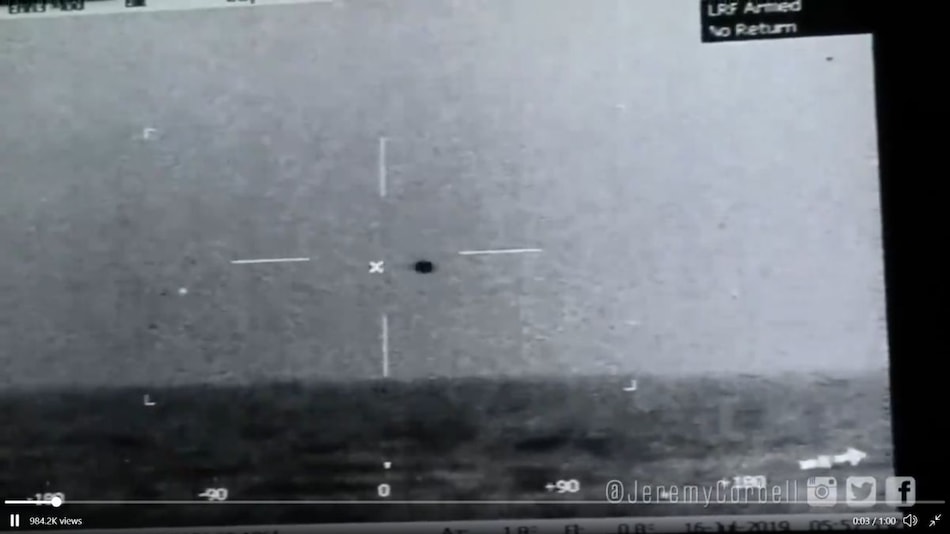 Unidentified flying objects or UFOs have always been a subject of mystery and intrigue for the scientific community. Yet, studying these objects has often been dismissed as a non-serious discipline or pseudoscience. However, things changed this week. For the first time in 50 years, the US Congress held an open hearing on unidentified aerial phenomena (UAPs). The hearing revolved around a nine-page report released last year, which cited more than 140 incidents of strange sightings by fighter aircraft instruments and pilots. Yet not much meaningful data came out of it, scientists said.

Of the roughly 140 UFO sightings, officials were able to explain only one. They identified the object as a large, deflated balloon. The open Congressional hearing on Tuesday was followed by a closed-door meeting. Scientists added that this session could have had the data they needed to study these puzzling incidents. While there has been a stark change in the attitude towards UAPs in recent years, scientists seek more openness and data from authorities to let them get a clear picture of what these objects might be.

Some science experts mentioned that these mystery objects could be anything — from drones to weather-related phenomena to sensor glitches. These could even have been caused by aliens. But last year's report did not have enough data for determining that.

Jacob Haqq-Misra, a research scientist at the Blue Marble Space Institute told Business Insider that the report prompted more questions than answers. "We really need transparency and new data if we want to solve this problem," he said.

Andre Carson, chairman of the US House Intelligence subcommittee, before which the Congressional hearing was held, said that UAPs "are a potential national security threat, and they need to be treated that way."

The talk of a UFO sighting invariably also includes a discussion on alien visitors. But there appears to be a stigma attached to the talk of aliens. So, government officials even rebranded UFOs as unidentified aerial phenomena. But the open hearing on the matter has led to hope that more transparency could help overcome that stigma.

"We should not jump to conclusions one way or another, about either dismissal or jumping to some exotic explanation," said Ravi Kopparapu, a planetary scientist at NASA's Goddard Space Flight Centre.

However, NASA does not actively search for UAPs, according to the agency's website.