Palestinians living in the Sheikh Jarrah neighbourhood have taken to social media to protest as they face eviction. 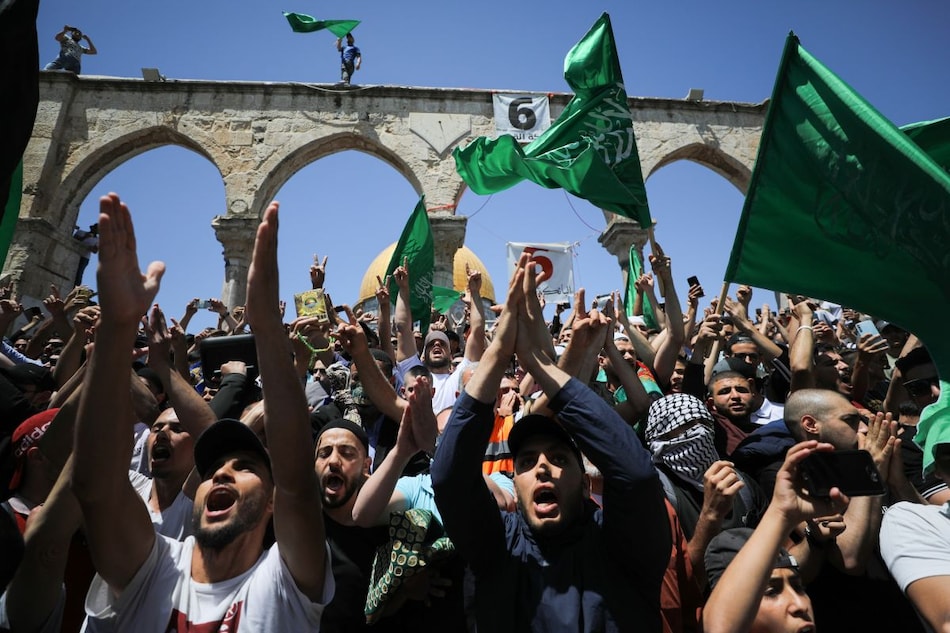 Instagram and Twitter have blamed technical errors for deleting posts mentioning the possible eviction of Palestinians from East Jerusalem, but data rights groups fear "discriminatory" algorithms are at work and want greater transparency.

Palestinians living in the Sheikh Jarrah neighbourhood claimed by Jewish settlers have taken to social media to protest as they face eviction, but some found their posts, photos or videos removed or their accounts blocked starting last week.

It came as a long-running legal case over evictions from homes in Sheikh Jarrah has fuelled tensions in Jerusalem where hundreds of Palestinians clashed with Israeli police on Monday.

By Monday, 7amleh, a nonprofit focused on social media, had received more than 200 complaints about deleted posts and suspended accounts related to Sheikh Jarrah.

Instagram said in a statement that an automated update last week caused content re-shared by multiple users to appear as missing, affecting posts on Sheikh Jarrah, Colombia, and US and Canadian indigenous communities.

"We are so sorry this happened. Especially to those in Colombia, East Jerusalem, and Indigenous communities who felt this was an intentional suppression of their voices and their stories – that was not our intent whatsoever,” Instagram said.

But in a joint statement, 7amleh, Access Now, and other digital rights groups called on Twitter and Instagram to use “transparent and coherent moderation policies" and be more open when take-downs happen.

"The issue was not resolved. We're demanding clarity on this censorship, and system glitches are no longer accepted as an excuse," she told the Thomson Reuters Foundation on Monday.

One of those affected was Hind Khoudary, a 25-year-old Palestinian journalist based in Turkey, who noticed last Thursday that some posts about Sheikh Jarrah from her Instagram archives were not loading.

"I restarted my phone and my wifi, but it was all still missing and Instagram was very slow," Khoudary said.

Some of her posts had been restored by Friday afternoon but some, dating as far back as April and even as recently as Saturday, were still missing according to screenshots from her phone that she shared with the Thomson Reuters Foundation.

"It's supposed to be done but we are still receiving reports," she said.

Data rights groups said the technical glitch had revealed the risks of using an automated algorithm to try to weed out violent or otherwise inappropriate posts.

“Moderation is on the rise, and it's really a blunt object,” said Jillian York, director for international freedom of expression at the Electronic Frontier Foundation.

"The companies don't pay enough attention to cultural contexts like Palestine where there's basically less profit, so they put a lot more effort into making content moderation and automation effective in larger markets," she said.

Fatafta said the deletion of posts about Sheikh Jarrah showed why using algorithms to moderate content was "a terrible idea".

"It stresses the need for tech companies to be transparent about the systems they use, and ensure they do not infringe on people's rights in such a discriminatory and arbitrary manner," she said.