'We Suck at Dealing With Abuse and Trolls,' Twitter CEO Reportedly Says in Internal Communication 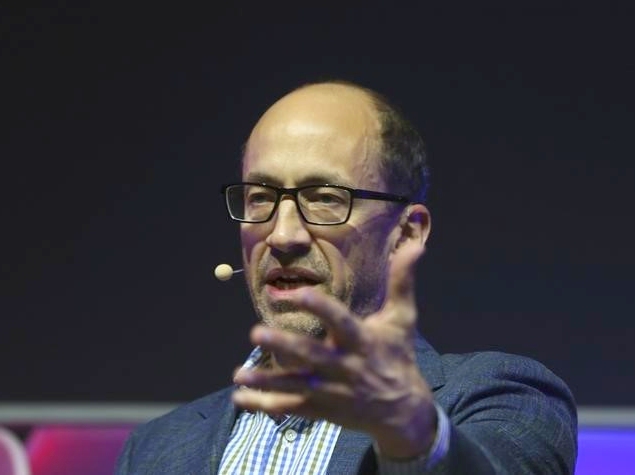 Ahead of Twitter's earnings report on Thursday, CEO Dick Costolo reportedly acknowledged the problems the micro-blogging platform faces in dealing with abuse, taking full responsibility for not being able to fix the issues yet.

The Verge on Wednesday managed to obtain internal communications from the company's forums, where Costolo is seen responding to an employee's post pointing to a recent article about the abuse faced by Lindy West on the platform.

Costolo in his first response (seen in its entirety at the end of the article) uttered the now much-quoted words, "We suck at dealing with abuse and trolls on the platform and we've sucked at it for years."

He went on to add that Twitter is losing core users because of not addressing the issues, and said he was "ashamed" with how the problems have been dealt with till date.

He went on to describe roughly how Twitter would deal with the abuse issue, essentially a zero tolerance attitude that would ban offending users and stop others from seeing the abusive tweets. In his second response, Costolo added that he was going to ensure that people are "working night and day on this and have the resources they need to address the issue."

Twitter's problems with abuse have been in media reports for a while, and the company has taken steps in the past to address the issues. Back in August, following Zelda Williams' public departure from Twitter after receiving "gruesome Photoshopped images of her late father", the social networking firm said it would remove imagery of deceased individuals if requested by immediate family members or other authorised individuals.

Back in November, Twitter partnered with non-profit WAM! (Women, Action and Media) to launch a tool that would help women report abuse and harassment on the platform. WAM was charged with monitoring incoming reports and passing them on to Twitter, and also track Twitter's responses to help improve abuse and harassment policies.

In December, Twitter had announced improvements to simplify the way users report abuse and harassment on the social media platform. The company said it requires less information from users flagging inappropriate content and that it will be easier to submit tweets and accounts for review, even when wrongful behaviour is simply observed and not received directly. The company had then also promised that "additional user controls, further improvements to reporting and new enforcement procedures for abusive accounts" could be expected to roll out in the coming months.

Here are Costolo's responses in full:

We suck at dealing with abuse and trolls on the platform and we've sucked at it for years. It's no secret and the rest of the world talks about it every day. We lose core user after core user by not addressing simple trolling issues that they face every day.

I'm frankly ashamed of how poorly we've dealt with this issue during my tenure as CEO. It's absurd. There's no excuse for it. I take full responsibility for not being more aggressive on this front. It's nobody else's fault but mine, and it's embarrassing.

We're going to start kicking these people off right and left and making sure that when they issue their ridiculous attacks, nobody hears them.

Everybody on the leadership team knows this is vital.

Let me be very very clear about my response here. I take PERSONAL responsibility for our failure to deal with this as a company. I thought i did that in my note, so let me reiterate what I said, which is that I take personal responsibility for this. I specifically said "It's nobody's fault but mine"

We HAVE to be able to tell each other the truth, and the truth that everybody in the world knows is that we have not effectively dealt with this problem even remotely to the degree we should have by now, and that's on me and nobody else. So now we're going to fix it, and I'm going to take full responsibility for making sure that the people working night and day on this have the resources they need to address the issue, that there are clear lines of responsibility and accountability, and that we don't equivocate in our decisions and choices.

US Firms Ask White House to Help on China Cyber-Security Regulations
iPhone 6, iPhone 6 Plus, MacBook Air, LG G3, and More in Tech Deals of the Week