Realme Pad X was launched earlier this year in May in China. 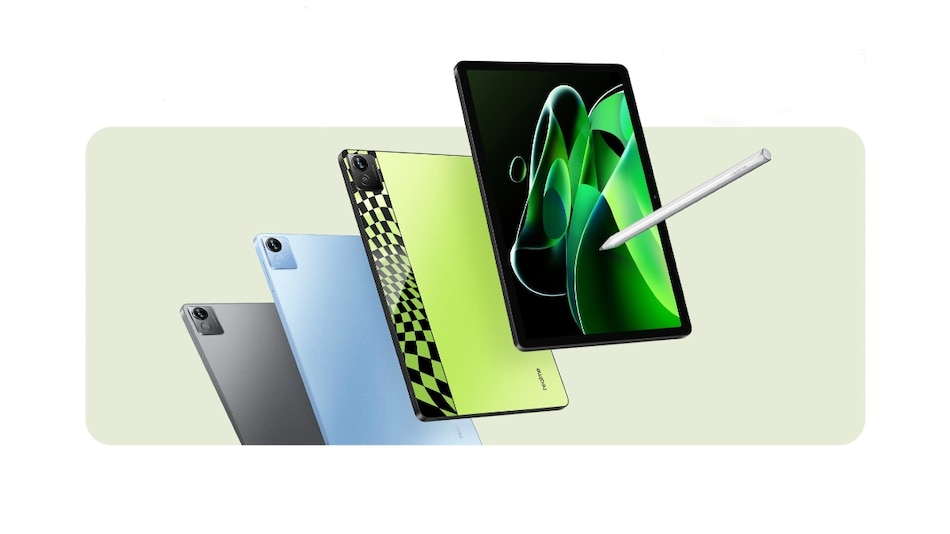 Realme Pad X can be paired with the Realme Magnetic Stylus

Realme has officially teased the launch of the Realme Pad X in India. The tablet is confirmed to support 5G connectivity. It debuted earlier this year in China priced at CNY 1,299 (roughly Rs. 15,000) for the base variant. The Shenzhen company is yet to reveal its launch date in India or delve into the specifications. However, it is expected to be similar to the Chinese model. The Realme Pad X sports an 11-inch display with 2K resolution. It is powered by a Snapdragon 695 SoC.

A microsite on the Realme India site has confirmed the imminent launch of the Realme Pad X. It will be available on Flipkart at launch. The company has not revealed the launch date, pricing information, and other details regarding this upcoming tablet. A past report suggests that this tablet could arrive in India in Glacier Blue, Racing Green, and Glowing Grey colours. It is expected to come offer 4GB RAM + 64GB storage and 6GB RAM + 128GB storage options. Notably, these are the same configurations and colour options that were offered when Realme debuted this tablet in China in May.

The Realme Pad X is expected to boast a similar configuration to the China model. It sports an 11-inch display with a 2K resolution. The tablet packs a Snapdragon 695 SoC coupled with up to 6GB of RAM and up to 128GB of inbuilt storage (expandable up to 512GB via SD card). It features a 13-megapixel primary camera on the back as well as an unspecified front-facing sensor with a 105-degree field of view.

It is equipped with an 8,340mAh battery that supports 33W fast charging. The Realme Pad X is also equipped with quad speakers enhanced by Dolby Atmos technology. This tablet can be paired with a keyboard and Realme Magnetic Stylus.