India's EV market is expected to reach more than $150 billion (roughly Rs. 12,33,000 crore) by the end of the decade, according to Research and Markets. 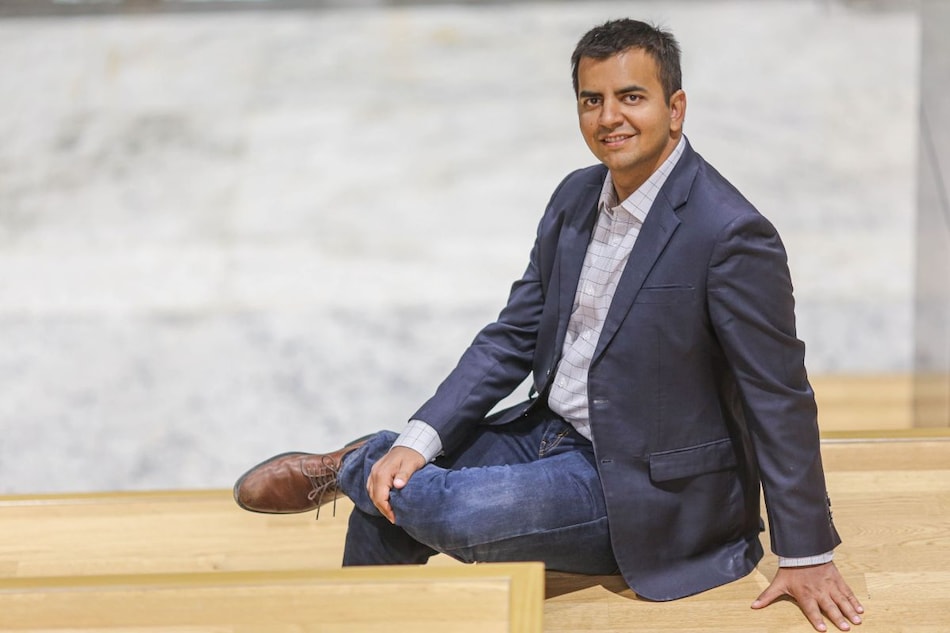 When Bhavish Aggarwal arrived for a recent visit at the Ola Futurefactory, marketed as the world's largest electric two-wheeler plant, the company's founder was quick to spot a shuttered entryway that should have been left open. He immediately summoned a custodial manager, people who were present said, and meted out a punishment: run three laps around the several-acre-large plant. Such an unsparing attitude has made Aggarwal, 37, one of India's most determined entrepreneurs but also one of its most divisive. In his twenties, the founder of India's largest ride-sharing company held off deep-pocketed rival Uber to remain the country's top brand. Now, Aggarwal wants his Ola Electric to displace Elon Musk's Tesla and China's BYD as the industry leader for electric vehicles by carving out a niche in lower cost designs.

But Aggarwal's relentless pace and management style have vexed some managers and board members at Ola Electric, raising concerns about safety and the business model, according to interviews with more than two dozen former and current employees, who asked for anonymity out of concern for reprisals. Supply chain problems have delayed two-wheelers. Sales have slowed. Some customers complain that scooters catch on fire, have faulty batteries or accident-causing software, spurring product recalls and apologies on Twitter. Around three dozen senior executives working across Aggarwal's two billion-dollar companies — Ola Electric and ANI Technologies which runs Ola's ride-hailing operations — have quit within a year or two of joining, a higher turnover rate than peers.

Late last year, as internal challenges mounted and the global investment climate cooled, Aggarwal paused an initial public offering plan for ANI Technologies, which was last valued at $7.5 billion (roughly Rs. 61,700 crore) according to researcher CB Insights. Now, as question marks hang over Ola Electric, multiple current and past executives said in interviews that the company and its risk-taking founder are at a crossroads: Aggarwal could become India's answer to Elon Musk or he could collapse under the weight of his own ambitious vision.

“Passions and emotions run high and we are not on an easy journey,” Aggarwal said in an interview last month at Ola Electric's swanky headquarters in Bengaluru, occasionally petting the three office dogs: Happy, Husky and Fatty. “But I don't want to choose an easier journey for myself or for Ola. My anger, my frustration — that's me as a whole.”

Aggarwal's mission has promise. India is already the world's largest manufacturer of two-wheelers and the biggest global market. With blue-chip investors and sovereign funds looking for alternatives to China, the country's success in building affordable vehicles could provide a model for how developing economies can scrap combustion engines and lower emissions without costly electric cars. In India, government subsidies and inexpensive labor are helping make EVs as cheap as or cheaper than internal-combustion-engine models.

India's EV market is expected to reach more than $150 billion (roughly Rs. 12,33,000 crore) by the end of the decade, or roughly 400 times its current size, according to Research and Markets. Just a few months after Ola's electric two-wheeler hit the market last December, Aggarwal started tweeting teasing glimpses of the company's car design and a new battery innovation center. He has zealously pushed to upend India's tradition-bound automobile industry, which for decades has been dominated by conglomerates like Tata and Mahindra.

“By seeking to pull off something big in the EV industry, Bhavish Aggarwal aspires for the world stage,” said Neha Singh, co-founder of Tracxn Technologies, a Bengaluru-based firm that tracks startups. However, after some initial success, “Ola still has to cover a huge distance to make electric vehicles a mass market in India.”

In the Bloomberg interview, Aggarwal said he wants to build companies with lasting impact, even if that means rubbing some people the wrong way. He said India can surpass rivals not just by making cheaper EVs, but also by cultivating a global footprint in 5G, green energy and sustainable mobility. Progress in achieving those goals, he said, is “the yardstick the world should judge us by.”

“There's no major success without sweat and tears,” he said.

Aggarwal started his business career more than a decade ago in ride-sharing.

After completing an engineering degree and a stint at Microsoft Corp., he founded Ola in 2010 with Ankit Bhati, a classmate at the premier Indian Institute of Technology Mumbai. The company, incorporated as ANI Technologies Pvt, originally provided cabs for tour groups, but soon pivoted to ride-hailing. At that time, most Indians relied on spotty neighborhood cab services.

TVG Krishnamurthy, 78, a board member of ANI Technologies, called Aggarwal a “quick learner” with the unique ability to “focus at once on the grass growing on the ground and the flowers at the top of the tree.”

“One Sunday, we were chatting and he asked, ‘What would Ola's share be in all of mobility in India?'” Krishnamurthy said, recalling a decade-old conversation with Aggarwal. “He started marking the percentage share on the back of his bathroom door.”

Former employees said the startup was an exciting place to work at that time. Ola enlisted more than a million drivers and expanded to dozens of cities. At the end of 2014, Uber's India operation was set back by a gruesome crime in which a driver was arrested and later convicted of raping a passenger. At the same time, Ola steadily grew its market share. The company attracted investors from Temasek and Warburg Pincus and expanded internationally to the UK, Australia and New Zealand.

But by that point, a rift was widening within Ola, executives said in interviews. In 2017, Aggarwal founded Ola Electric and began exploring the capital-intensive business of making EVs. While he used the Ola brand for his new venture, the business was completely separate. Co-founder Bhati and nearly all early investors in ANI Technologies weren't part of the new company.

“I thought it isn't fair to burden others when we're going into a very different business with capital intensity, debt profile and capability,” Aggarwal said in the Bloomberg interview. “That's why investors were given a chance to opt-out. Whoever felt they wanted to invest has invested.”

By 2020, Aggarwal was spending much of his time building Ola Electric. Typically, EV companies take at least a few years to make. Aggarwal wanted to cut that timetable to compete against local rivals such as the Bengaluru-based Ather Energy, which spent several years developing a battery and months making quality checks on 100 initial scooters before mass-producing its design.

Aggarwal devised a much shorter schedule. In March 2021, he stood on a barren stretch of land three hours outside Bengaluru, describing at a media gathering dreams to build a $330 million (roughly Rs. 2,700 crore) two-wheeler plant with a capacity of two million electric scooters in a matter of months. Aggarwal planned for ten lines with an annual capacity of 10 million scooters over two years. He hoped to export the vehicles to Europe and Latin America.

Six months later, the Futurefactory opened. By the end of 2021, the company's first scooter hit the market.

Rather than employing a dealership model, Ola Electric reached buyers through social media, a tactic no automaker had attempted before. Ola Electric's manufacturing process used innovative technology, including ultrasonic friction-welding to forge hundreds of connections between cells in each battery pack. During tours of the factory, Aggarwal liked to show off the noise-free assembly lines and robots that painted the scooters.

But it didn't take long for complaints to pile up on social media. Aggarwal and Ola Electric's Twitter feeds are filled with buyers upset about delivery delays, overheating batteries and scooters that catch fire. When Aggarwal recently asked his Twitter followers what cool scooter accessories they wanted, one responded, “Fire extinguisher.”

Inside Ola Electric, employees said the culture has turned hostile over the last couple of years. In meetings, Aggarwal ripped up presentations because of a missing page number, directed Punjabi epithets at staff and called teams “useless,” according to current and former employees. Executives said in interviews that meetings scheduled for an hour often lasted 10 minutes because Aggarwal would lose patience over a superfluous sentence in a memo, a crooked paper clip or the quality of printing paper.

Retention was a problem, particularly at the C-suite level. Some executives, including Zilingo's former chief financial officer Ramesh Bafna, decided not to join Ola Electric days after formally accepting employment offers. One business head, who has since departed the company, likened expectations at Ola Electric to “having to run a marathon like Usain Bolt,” the world's greatest sprinter.

“Not everybody is a fit for our culture,” Aggarwal said when asked about his management style. “There's no world standard on an even, sterile work environment.”

Taking on the ‘Big Boys Club'

So far, the boards of both companies, which comprise the likes of SoftBank Group Corp., have said little in meetings about Aggarwal's approach to governance. But in interviews, some top executives who've since departed raised concerns about the ethics of a share-swap deal with a startup founded by Aggarwal's younger brother, Ankush, who now heads Ola Electric's financial services unit.

There are also questions about valuation. Last year, as ANI Technologies prepared for an IPO, investors Warburg Pincus and Temasek Pte partook in a secondary transaction, causing the valuation to fall from around $6 billion (roughly Rs. 49,300 crore) to $3 billion (roughly Rs. 24,700 crore), according to three people aware of the matter. They said early investors felt cheated. But only a few months later, after the company pulled together a series of deals for a primary round with investors including Edelweiss, ANI Technologies' valuation soared to $7.3 billion (roughy Rs, 60,000 crore).

Ola didn't respond to questions about the acquisition or valuation swings. In the Bloomberg interview, Aggarwal didn't directly address either issue but attributed some of the scrutiny to jealous rivals.

“The incumbents in the auto industry are the Big Boys Club,” he said. “They left the door open for an upstart like me. My question back to them is, ‘What were they doing? Why is India not leading electrification of vehicles?'”

Ola Electric's business challenges have become clearer in recent months. Scooter sales have yet to take off. Vehicle registrations fell 35 percent in July compared with June, according to Business Standard newspaper. Ola Electric sold a little over 45,000 units by July of this year based on vehicle registration data — far less than what the factory can produce and below the 1 million reservations received when booking opened last December.

But after supply chain disruptions and maintenance issues, Aggarwal said production is now rising at the Futurefactory. He pointed to Ola Electric's unique advantages, including an end-to-end play in ride-sharing, auto retail financing and insurance of vehicles. At a company event in mid-August to unveil its electric car, Ola Electric branded itself “India's largest” EV company making the “world's best” electric scooter.

Whether Ola Electric succeeds or not, Aggarwal's admirers seem to agree that he has turbo-charged the EV market, pulling in millions of investment dollars. Despite the risks, Aggarwal said he prefers to take the long view and push ahead with a lofty goal: to build millions of affordable vehicles for India and, eventually, the world.

“Growing up, we constantly heard that India is a developing country,” he said. “It's our generation's destiny to change this and now is the time. I take both the responsibility and the opportunity seriously.”