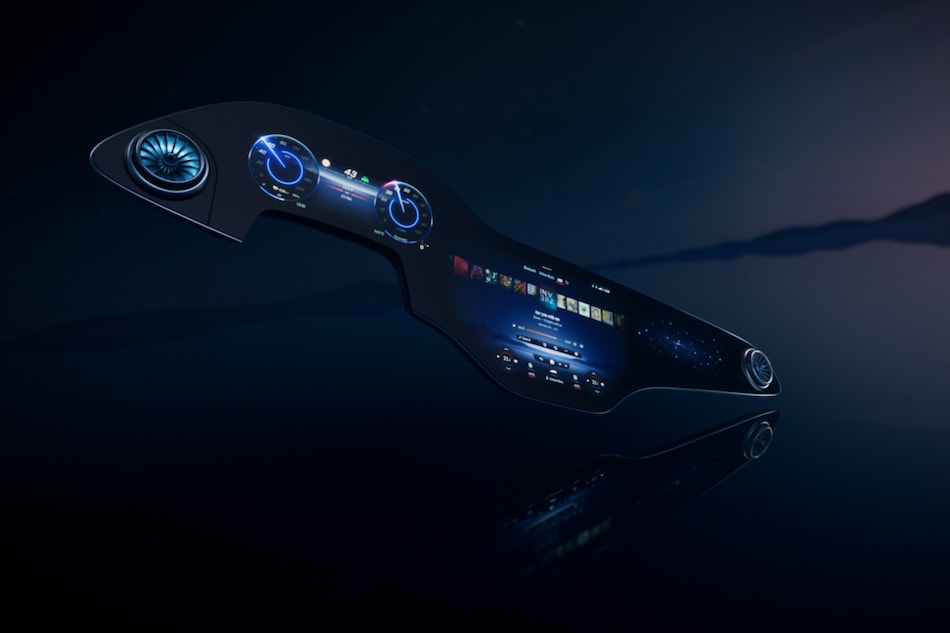 Daimler expects future profitable growth of subscription services, such as maps or entertainment

Daimler AG's unveiled a new display screen on Thursday that will cover almost the entire dashboard of its luxury Mercedes-Benz models, in a bid to outdo Tesla's hallmark touchscreen infotainment system.

The EQS, with a driving range of 700 kilometres (435 miles), will be the first in a family of four vehicles built on the same all-electric platform.

"There's huge customer demand for this screen," Kallenius told reporters on a conference call. He said the dashboard would be an optional feature in the EQS, "but we expect a very high take-up rate," from buyers.

As well as including vehicle functions such as the speedometer, music, and navigation features, the screen will allow passengers to access some vehicle functions and, in some markets, to watch television without disturbing the driver.

Kallenius said besides revenue from the screens themselves, Daimler expects future profitable growth of subscription services, such as maps or entertainment customers will download.

"It is part of our business strategy to increase this profit pool of recurring revenues," he said.

Tesla has dominated global electric vehicle sales and traditional carmakers like Daimler have been pushing to develop vehicles to compete for market share.

The pressure to outdo Tesla has been heightened by tighter emissions standards in the European Union and China, and the decision by a growing number of countries to start banning sales of new petrol or diesel cars as early as 2030.

(Except for the headline, this story has not been edited by NDTV staff and is published from a syndicated feed.)