Highlights
Google on Wednesday unveiled a virtual home assistant device that will challenge Amazon Echo as the Internet giant laid out a future rich with artificial intelligence.

Google Home, about the size of a stout vase, will hit the market later this year, vice president of product management Mario Queiroz promised at the opening of the Internet giant's annual developers conference in the Silicon Valley city of Mountain View.

"Our ability to do conversational understanding is far ahead of what other virtual assistants can do," Pichai told a packed audience at the Shoreline Amphitheatre, a venue known more for concerts than for gatherings of developers.

"We are an order of magnitude ahead of everyone else."

"When I walk into my house, I should be able to interact with Google assistant hands free, using voice, without taking out my phone," Queiroz said.

"Google Home will become more and more a control center for your whole home."

Home will sync with Chromecast devices that allow remote control of televisions or stereo systems, and with "smart" devices made by Google-owned Nest and other companies, according to Queiroz.

"It's like having a voice-controlled remote control to the real world whenever you need it," he said.

"It is really exciting to see Google assistant come to life with Google Home," Pichai said of the artificial intelligence capabilities being built into the company's mobile offerings.

Google did not disclose pricing on Home devices.

Google 2.0
When Home hits, it will challenge Amazon Echo voice-controlled assistants that have proven to be a hit since the Seattle-based online retail colossus unveiled them two years ago.

"Google Home could be a major force and could also dramatically decrease the sales potential of Amazon Echo," said analyst Patrick Moorhead of Moor Insights and Strategy.

(Also see:  Google Doubles Down on Artificial Intelligence With Home and Allo)

"The biggest sales determinant could be the quality of the AI (artificial intelligence) experience, and in the end, Google will likely win over Amazon."

Google is building on advances in machine learning and artificial intelligence to transform established services such as online search into two-way conversations in which users can chat easily with software that understands what they want.

Due to advances in the ways machines can recognize objects and understand context in conversations, as well as what is being said, Google is transforming search into a dialogue instead of a one-sided delivery of query results, Search Engine Land founding editor Danny Sullivan said after the keynote.

"This really is a big deal. If you want to call it Google 2.0 that might be one way to think of it," Sullivan said.

"So far, the big players here - Microsoft and Facebook - are making big promises. Now, Google is coming and saying they can do that."

Microsoft has created Cortana artificial intelligence, while Facebook has been testing a virtual assistant called M in its popular Messenger application for smartphones.

And, Sullivan noted, instead of using a "bot" reference that has been applied to AI software programmed to interact like people, the California-based Internet veteran is branding it simply Google assistant.

"Allo" will be released later this year, along with the "Duo" application for video calls, Google engineering director Erik Kay told the conference in Mountain View. 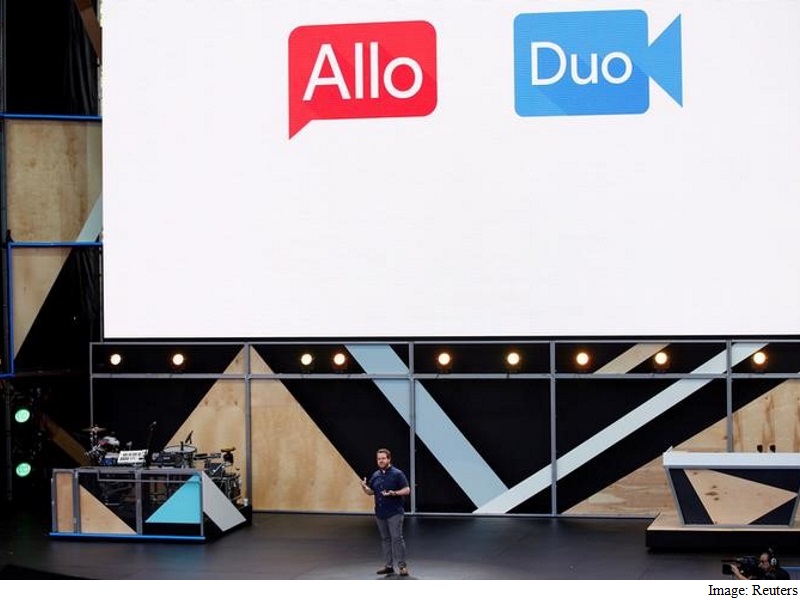 "It will be the first home for the Google assistant, bringing the richness of Google right into your chats," he continued, referring to artificial intelligence capabilities being woven into the Internet giant's offerings.

Many Internet companies are probing the possibilities of artificial intelligence for example, smartphone applications that can learn a user's habits and anticipate searches and requests.

Allo virtual assistants "understand your world" in ways that allow people to ask questions or give directives the same way one might speak with an aide, according to Kay.

Both applications, which will be free, are based on users' mobile phone numbers.

Allo can suggest replies during text conversations, recognize contents of pictures and customize itself over time to how individuals express themselves.

Allo also allows for "incognito" chats that are encrypted end-to-end and users can have messages self-destruct after specified amounts of time.