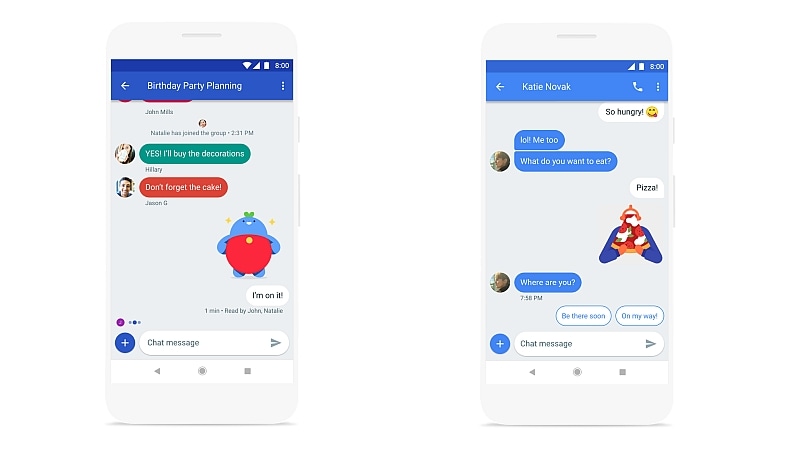 Google's decision to launch a new messaging service called Chat without end-to-end encryption shows utter contempt for the privacy of Android users and has handed a precious gift to cybercriminals and government spies alike, Amnesty International has said.

"Not only does this shockingly retrograde step leave Google lagging behind its closest competitors -- Apple's iMessage and Facebook's WhatsApp both have end-to-end encryption in place by default -- it is also a step backwards from the company's previous attempts at online messaging," Joe Westby, a technology and human rights researcher at Amnesty International, said on Friday.

End-to-end encryption is a way of scrambling digital data so that only the sender and recipient can see it. When it is in place, even the company providing the service is unable to access the content of communications.

"Following the revelations by CIA whistleblower Edward Snowden, end-to-end encryption has become recognised as an essential safeguard for protecting people's privacy when using messaging apps. With this new Chat service, Google shows a staggering failure to respect the human rights of its customers," Westby said in a statement.

In the wake of the recent Facebook data scandal, Westby said that Google's decision is not only dangerous but also out of step with current attitudes to data privacy.

"Google should immediately scrap it in its current form and instead give its customers a product that protects their privacy," Westby suggested.

Google is going all in on building the Rich Communication Services (RCS).

RCS is a communication protocol between mobile-telephone carriers and between phone and carrier, aiming at replacing SMS messages with a text-message system that is more rich, provide phonebook polling and transmit in-call multimedia.