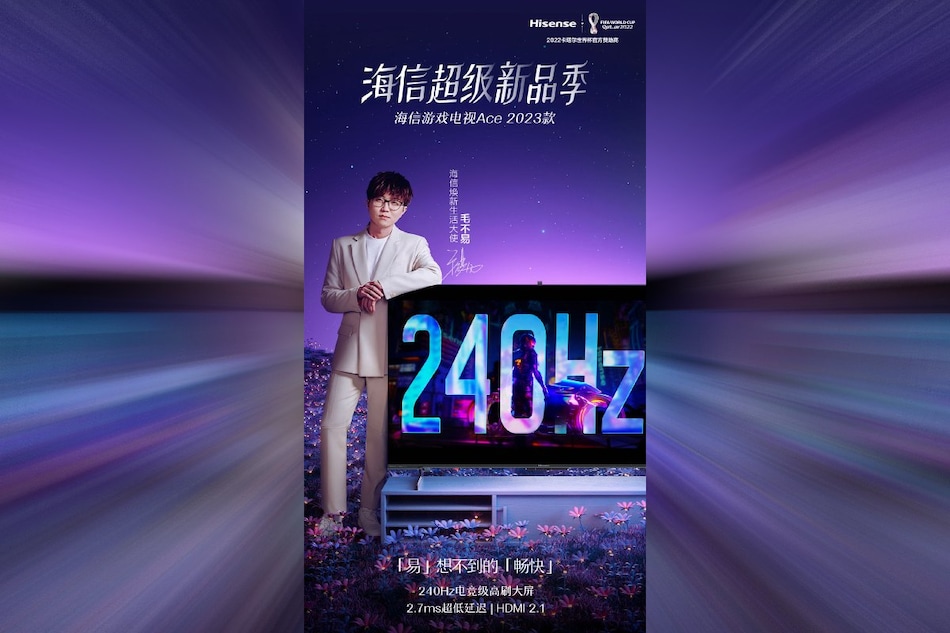 Hisense Game TV Ace 2023 has been launched in China as the company's latest smart TV. The new model comes with 240Hz refresh rate and is equipped with a 4K display panel. The Hisense Game TV Ace 2023 also comes with support for Dolby Vision and Audio Audio-Visual Zone. For gamers, the TV includes support for Dolby Game. The new Hisense TV also comes with Wi-Fi 6 connectivity, along with a dedicated low-latency mode to support gaming and live video streaming even with low network strength.

Hisense Game TV Ace 2023 price has been set at CNY 4,999 (roughly Rs. 60,200). The TV is currently coming to the Chinese market. However, there are no official details on whether it will debut in any other regions around the world.

Hisense Game TV Ace 2023 comes with a 65-inch 4K display that has a 2.7 milliseconds of response time and up to 240Hz of screen refresh rate. The TV is equipped with a quad-core SoC, along with 4GB of RAM. It also has 32GB of onboard storage. Hisense has additionally included the Hisense U+ image engine 2.0 that brings a list of artificial intelligence (AI) driven features to enhance colour reproduction.

At CES 2022, Hisense introduced models including the U9H and U8H that come with mini-LED displays. The company at the time also brought its Laser TV lineup that included a short-throw projector with a screen.