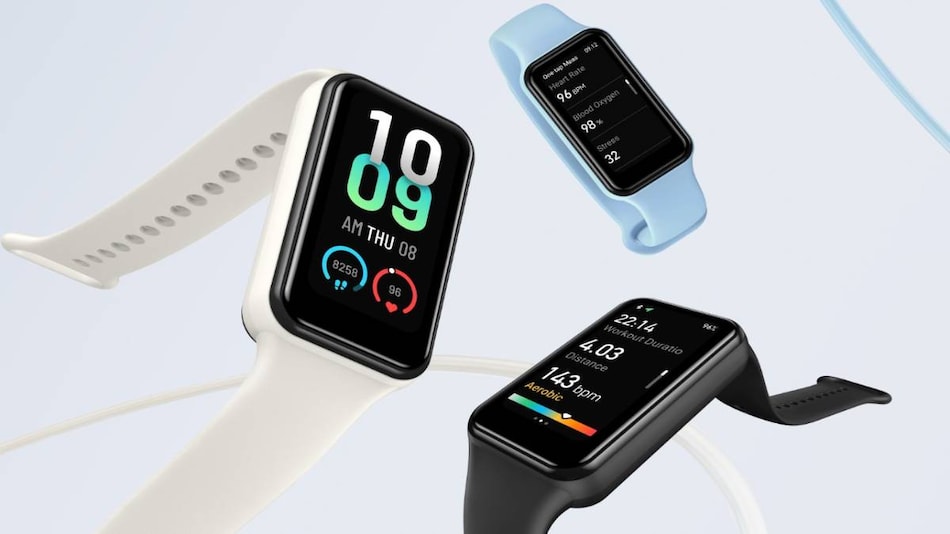 Amazfit Band 7 with over 120 sports modes was recently unveiled by the company. The wearable from Amazfit resembles the recently launched Xiaomi Mi Band 7 Pro. But, unlike the Xiaomi Mi Band 7 Pro, the Amazfit Band 7 does not offer in-built GPS support. The newly launched wearable comes with a 1.47-inch HD AMOLED display, 24/7 heart rate and blood-oxygen monitor, in-built Amazon Alexa and more. The wearable is claimed to deliver up to 18 days of battery life with typical usage and up to 28 days with battery saver mode.

The Amazfit Band 7 price has been set at $49.99 (roughly Rs. 3,650) and can be purchased from Amazfit official website. However, currently, it isn't available to purchase in India. Moreover, there isn't any information about the Indian launch of the wearable yet.

Although, buyers will get an option to purchase the wearable from Amazfit in Beige and Black colour variants along with an offering of additional strap colours options in Blue, Green, Orange and Pink.

The Amazfit Band 7 sports a 1.47-inch HD AMOLED display with a resolution of 198 x 368 pixels and a pixel density of 282 PPI. The wearable comes with Zepp OS. As expected, it comes with 18 days of battery life with typical use. Also, it can run up to 28 days of battery life with enabled battery saver mode. The wearable is claimed to features more than 50 watch faces along with 8 editable watch faces. Additionally, it comes with 120 sports modes.

On health and fitness front, the wearable offers a 24/7 heart rate monitor, SPO2 monitor, stress monitor and stress tracker and a menstrual cycle tracker. These features also send an alert to user when the health data drops abnormally low or jumps high.

The Amazfit Band 7 can also be paired with both Android and iOS devices via Bluetooth. The wearable can be connected om devices supporting Android 7.0 and above or Apple phones with iOS 12.0 and above. Furthermore, it has an in-built Amazon Alexa voice assistance support.

Other features of the Amazfit Band 7 include sedentary reminder, find my phone, alarm clock, stopwatch, do not disturb mode, phone call notifications, SMS notifications and more. It also has ExerSense algorithm that comes with smart recognition of movements like walking, running, being elliptical and rowing machine.

The Band 7 from Amazfit comes with a water-resistant rating of 5 ATM and weighs 28g.