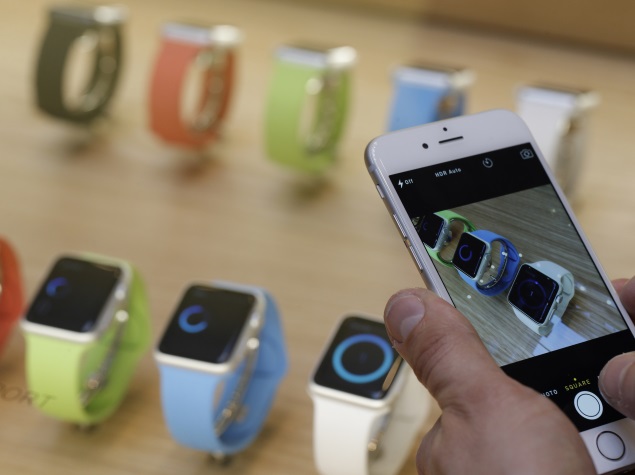 Highlights
Apple has hit roadblocks in making major changes that would connect its Watch to cellular networks and make it less dependent on the iPhone, according to people with knowledge of the matter. The company still plans to announce new watch models this fall boasting improvements to health tracking.

The updated versions will also be able to integrate GPS-based location tracking, according to the people, who asked not to be identified because the plans aren't public. An Apple spokeswoman declined to comment.

Apple shipped its first watch in April 2015, hoping for a new blockbuster product amid slowing iPhone sales, which contribute almost 60 percent of revenue. While the company shipped 1.6 million watches from April to June, that was less than half as many as during the same period in 2015, according to IDC.

With investors expecting a revenue decline this fiscal year, Chief Executive Officer Tim Cook is banking on a slew of new gadgets, including a new iPhone with a faster chip and improved cameras, and a slimmer MacBook Pro laptop, to reignite growth in 2017.

Ever since its inception, network carriers have been urging Apple to release a version of the watch that can connect to data networks independent of the iPhone, and the Cupertino, California-based company had been working to untether it from the handset, one of the people said. As it is now the watch must be synced with an iPhone to download most types of content and consistently track location.

Apple had been in talks this year with mobile phone carriers in the U.S. and Europe to add cellular connectivity to the watch, according to people familiar with the talks. A cellular chip would have theoretically allowed the product to download sports score alerts, e-mail and mapping information while out of an iPhone's reach.

During the discussions, Apple executives expressed concern that the cellular models may not be ready for release this year and that the feature may be pushed back to a later generation, according to the people. Apple warned that, even on an aggressive schedule, the earliest possible shipment time-frame for cellular models would have been this December, one of the people said.

The source of the delay is that current cellular chips consume too much battery life, reducing the product's effectiveness and limiting user appeal, according to three of the people. Apple has begun studying lower-power cellular data chips for future smartwatch generations.

Even without cellular connectivity, Apple still anticipates shipping models of the watch that can more precisely determine a user's location by way of GPS chips that communicate with satellites. This technology would allow the device to track running and walking distances more precisely and improve the accuracy of data submitted to health tracking applications, two of the people said. The GPS would also make navigation on the watch more accurate, the people said.

Apple said in June that it's adding health features, such as a new app to track breathing, and watch faces with integrated activity statistics, to the device's software this fall. The update also launches apps more quickly, allows users to more easily move between different watch faces, and adds a new swipe-up menu to access battery and audio controls.

While the plan for this year had been to at least partially untether the watch from the iPhone, Apple's ultimate goal is to eliminate any need to connect the two devices, according to a person familiar with the company's strategy. That ambition is currently stymied by technological limitations.