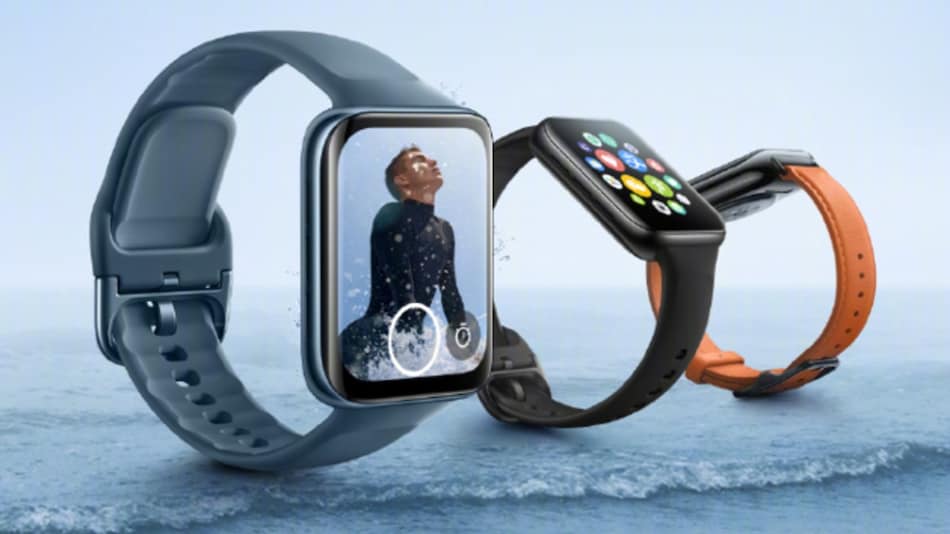 Oppo Watch 2 was unveiled at an event in China on Tuesday, July 27. The new smartwatch comes as the successor to the original Oppo Watch that was unveiled in March last year. The Oppo Watch 2 comes in 42mm and 46mm size versions and has optional eSIM support for LTE connectivity and to enable voice calling. As an upgrade to the last year's model, the Oppo Watch 2 carries Qualcomm's Snapdragon Wear 4100 SoC. The smartwatch is claimed to deliver up to 16 days of battery life. In addition to the Oppo Watch 2, the Chinese company brought the Oppo Enco Air Smart Edition and the Oppo Enco Play as two of its new true wireless stereo (TWS) earbuds.

Under the hood, the Oppo Watch 2 has a Qualcomm Snapdragon Wear 4100 SoC that was unveiled last year and is an upgrade over the Snapdragon Wear 2500 SoC that powered the original Oppo Watch. There is also a custom Apollo 4s co-processor that is developed by Ambiq. Additionally, the smartwatch comes with 1GB of RAM and has 8GB of onboard storage.

Oppo has an Ultra Dynamic Dual Engine (UDDE) technology that is claimed to extend smartwatch's battery life. There is a 360mAh battery on the 42mm version of the Oppo Watch 2 that is claimed to last for 10 days on a single charge. However, the 46mm variant comes with a 510mAh battery that is rated to deliver up to 16 days of usage. There is also Watch VOOC fast charging technology that is rated to deliver up to one hour of usage in as low as 10 minutes of charge.

The Oppo Enco Air Smart Edition TWS earphones come with 8mm audio drivers and have an IP54-rated build. The earbuds are also claimed to have a latency rate of as low as 80 milliseconds. In terms of connectivity, there is Bluetooth v5.2. The earbuds come with a charging case that has a USB Type-C port for charging.

Oppo claims that the Enco Air Smart Edition deliver a cumulative battery life of up to 25 hours of battery life with its charging case that has a 400mAh battery. The earbuds themselves are rated to provide 2.5 hours of playback on a single charge using their built-in 40mAh battery.

Similar to the Oppo Enco Air Smart Edition, the Oppo Enco Play TWS earphones come with Bluetooth v5.2 connectivity and have a USB Type-C port for charging. The earbuds also use artificial intelligence (AI) backed software algorithms for adjusting the audio outlet. Other details about the Enco Play are yet to be revealed.