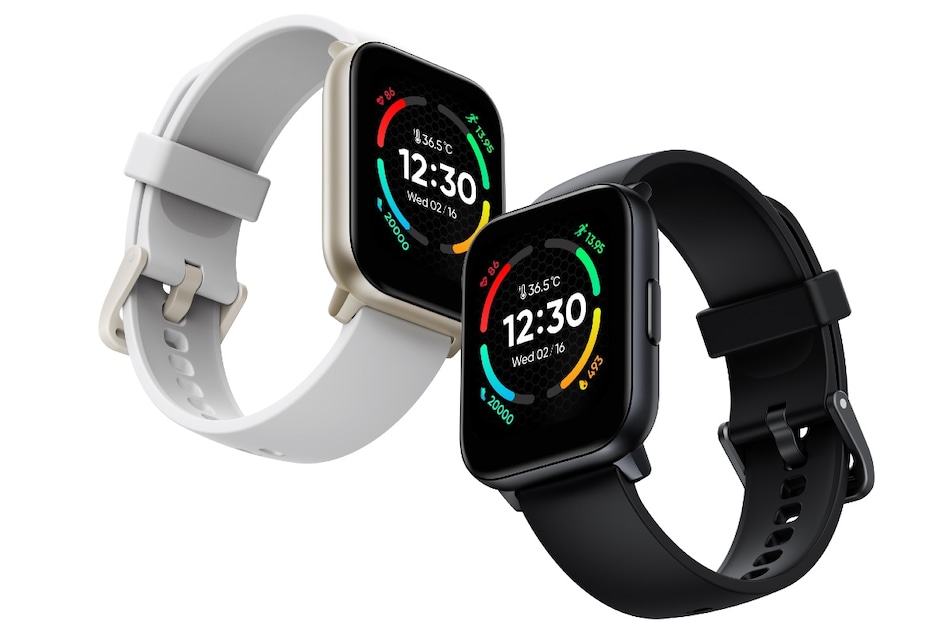 Realme TechLife Watch S100 carries a 1.69-inch display with a peak brightness of up to 530 nits

The Realme TechLife Watch S100 and TechLife Buds N100 both come in Black and Grey colours.

Alongside the TechLife Watch S100 and TechLife Buds N100, the Chinese company brought the Realme 9 5G and Realme 9 5G Speed Edition smartphones in the country.

The Realme TechLife Watch S100 features a 1.69-inch (240x280 pixels) colour display that delivers 530 nits of peak brightness. It is equipped with a Photoplethysmography (PPG) sensor to deliver 24x7 heart rate monitoring. The smartwatch is also claimed to be capable of measuring skin temperature and blood oxygen saturation levels (SpO2). However, it isn't designed to replace any medical equipment — just like other smartwatches available with similar health-focussed features. The smartwatch also includes a three-axis accelerometer for activity tracking.

Realme has preloaded features including Weather Forecast, Music Control, Find my phone, and Camera access via the smartwatch. Further, the watch has regular options such as Alarm, Stopwatch, Timer, and Flashlight. There are 110 watch faces to choose from. Additionally, the smartwatch comes with 24 sports modes, including dancing, riding, running outdoors, and walking, among others.

The Realme TechLife Watch S100 comes in an IP68-certified metallic-finish build that is designed to offer water resistance of up to a maximum of 1.5 metres. It also has Bluetooth v5.1 connectivity and supports devices running on at least Android 5.0 or iOS 11. The smartwatch packs a 260mAh battery that is rated to deliver up to 12 days of usage on a single charge. Besides, it measures 251x35.8x11.6mm and weighs 34 grams.

Connectivity-wise, the Realme TechLife Buds N100 have Bluetooth v5.2 support. The earbuds are also rated to deliver up to 17 hours of audio playback time on a single charge.