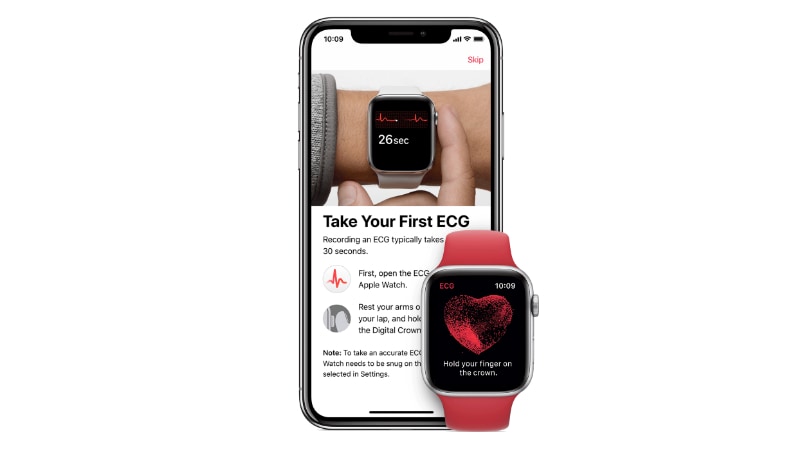 Apple has released watchOS 5.2 for all compatible Apple Watch models. The new watchOS version brings support for the ECG app to Hong Kong and as many as 19 European markets. The Cupertino company has also expanded the irregular heart rhythm notification feature to the new markets. Notably, both new features are limited to Apple Watch Series 4. The watchOS 5.2 update additionally adds support for the second-generation AirPods. The new software version comes following the release of iOS 12.2 that debuted earlier this week.

The ECG functionality debuted in the US and US territories, such as Puerto Rico and Guam, initially back in December last year.

Alongside support for the ECG app, the watchOS 5.2 update enables notifications for irregular heart rhythm for Apple Watch Series 4 users in Hong Kong and all the newly supported European markets. Apple says that the data received through the ECG app and irregular rhythm notification can help alert users to signs of Atrial fibrillation (AFib).

"We've seen the ECG app and irregular rhythm notifications on Apple Watch have meaningful impact on our customers across the United States," said Jeff Williams, Apple's Chief Operating Officer, in a press statement. "We are excited to bring these features to customers in Europe and Hong Kong, giving them access to empowering information about their heart health."

Apple has also added support for the second-generation AirPods through watchOS 5.2. It is worth mentioning here that iOS 12.2 earlier this week brought support for the new AirPods to compatible iPhone, iPad, and iPod touch models.

In some markets, the new watchOS version also adds support for real-time text (RTT) for phone calls. The update similarly packs support for the Apple News+ integration that arrived on iOS earlier this week. It also has two new gradient-style watch faces for Hermès watches in Cherry/Sakura and Bleu colours to match the spring Hermès band collection.

Detailing the security content of watchOS 5.2 through a dedicated support page, Apple confirms that the update fixes a total of 29 vulnerabilities. These vulnerabilities were found on models starting from Apple Watch Series 1. Among other issues, the update resolves buffer overflow, validation, and memory initialisation loopholes.

The new watchOS update is also found to resolve some memory corruption issues that could give access to attackers to execute arbitrary code through a malicious SMS link or gain elevated privileges using an application. Apple has given credit to the Google Project Zero team for some of the security fixes it implemented within the latest software version.

The watchOS 5.2 update is compatible with all Apple Watch models running watchOS 5. To download the update, go to the Apple Watch app on your iOS device and then visit General > Software Update.

The Apple Watch needs to have at least 50 percent of the battery charge to enable the installation process. Also, it is recommended to keep it on the charging dock while installing the new update. Your iPhone will also need to be in close proximity to the Apple Watch and will need to be on Wi-Fi. The Apple Watch should restart twice before the update is completely installed, and you need to enter the Watch passcode if prompted, after beginning the update and then follow the prompts from your iPhone.