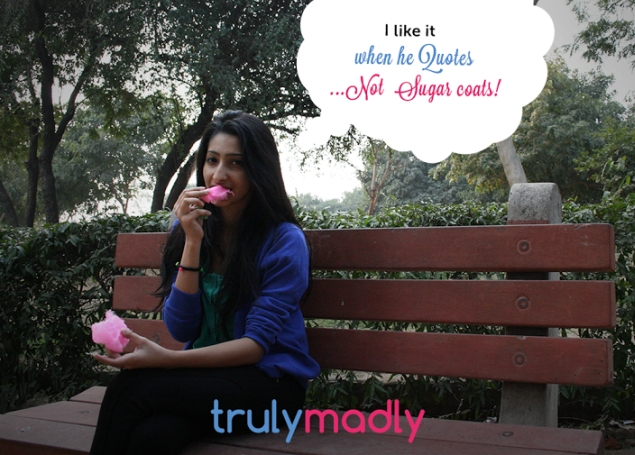 There are no "dating sites" in India - at least not if you talk to people like Sumesh Menon, the founder of Woo, or Nitin Gupta, who heads Vee, or Rahul Kumar, who is behind Truly Madly. All of these sites position themselves as modern matchmaking services that make it easier for people to kickstart the process of courtship. At the end of the day though, the original "hookup app" - Tinder - is also available to people here on their smartphones. But while Gupta and others will tell you that Indian culture is simply not geared towards casual dating, Menon feels it is really a global phenomenon.

"There's this belief," says Menon, "that Tinder is only for hook-ups. But if you actually use the app, you'll see that a lot of people - men and women both - put in their profiles that only serious people should message them. They're not looking for casual flings."

But it's this perception that he believes can also help apps like Woo and other platforms launched in India, to do well here. The catch is that users have heard about Tinder, and not about most of the Indian apps.

"I like the idea of Tinder," says Nupur Yadav, a Delhi-based lawyer. "But in practice, it gets exhausting. There's a fair amount of conversations coming in, but I've not met a single person through the app."

Yadav, who is 32, says that her parents used to keep trying to talk her into an arranged marriage, and created an account for her on Bharat Matrimony five years ago.

"They were on the topic for maybe a decade, and they gave it a good solid go online for maybe three years," she says, "before they sort of got tired. Now, I'm starting to feel a little sympathy for what they went through."

"I work very long hours and I'm too tired to invest much energy into this thing," she explains. "But I'm not looking for a hookup either. So, the same problem that's there offline, happens online. You see plenty of interest from people at first, but then it dies out."

The heads of different Indian dating platforms - sorry, modern matchmaking - all agree that the end-goal of their app is to end in marriages. 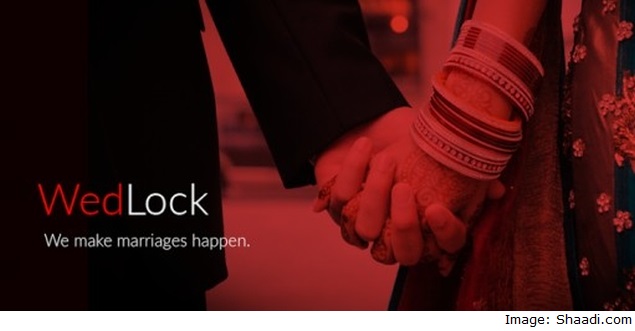 "We have an algorithm that is based on an exhaustive research conducted by a team of psychologists who have derived a set of personality attributes responsible for a long term, successful relationship," explains Truly Madly's Kumar. "The site then matches profiles of people based on who they are, what they are looking for, instead of traditional matches based on caste or location."

Dating sites in India, it turns out, are not that different from a Shaadi.com; and in some ways, they have managed to go one step ahead of the famous matrimonial websites of India.

That's because most of these sites are following a "women-first" model, and are using our social networks to verify users' claims.

"There's a strong perception that there are too many creeps on the Internet," says Menon. "Some women have direct experiences and others have seen it happen to friends and people in their network. Some women have told us about being approached on Shaadi.com by married men. What we do is we carefully screen the people we allow on to our platform, and this makes a big difference."

"We make sure that people are verified," explains Gupta, "and we have a special interface for women which gives them complete control over who can and can't message them."

"We allow women to browse anonymously, so only men they want to approach can talk to them, and we use social media to keep only genuine users," he adds.

But genuine users - or lack thereof - isn't the only concern. Another Tinder user, who didn't want her name to be shared, tells us that the majority of responses that come from men are monosyllabic and uninteresting.

"Hey. That's all some guys say," she says, "and sure, maybe that worked for Joey in friends, but you know what, it's stupid, and I'm going to end the conversation now."

"There are some great guys I've chatted with on Tinder, and I'm now dating one of them," she adds. "We've been seeing each other for a couple of months now, and neither of us uses Tinder anymore. His first words were simple - no cheesy pickup line - but sincere. He asked me about some of my interests, in a way that I could relate to. Instead of swiping on every picture you see and saying 'hey', maybe guys should also put a little thought into it?" 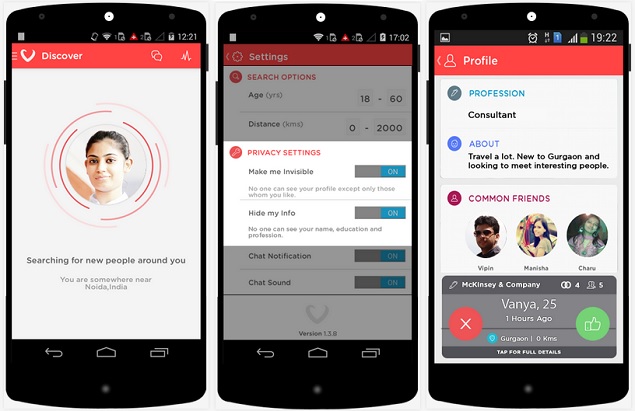 Vee's solution to this is to suggest ice-breakers.

"People who haven't done much dating, they can have good intentions but not be sure how to proceed," says Vee's Gupta. "So what the app does is, suggests things that they can talk about to the other person. We'll suggest common areas of interest and other tips, so when you're chatting with someone through the app, it's like you're there with a common friend who's helping you to know each other better."

Niti Mathur, a 31-year-old investment banker based in Gurgaon was the only Vee user we could find in our own networks - she also uses Tinder - though the app does have between 100,000 and 500,000 downloads, and Gupta tells us there are nearly 500,000 users.

Mathur says she likes the app because of its privacy settings.

"Do you remember the 'fraaand' requests on Orkut?" asks Mathur. "I used to get at least one of those each day. It still happens on Facebook, though not as much, thank God! Look, we're all way too busy and my social circle is the same bunch of loser friends I knew back in school. So if I'm ever going to meet someone, it will be online, I'm willing to try these apps."

Since the "end goal" for Mathur is to meet and marry someone, why doesn't she have an account on matrimonial websites?

"Oh my parents made one for me, I think I was 25 at the time?" she says. "I think it was a paid account or something, those weren't actually cheap."

She had a better strike rate with those sites, Mathur tells us.

"I must have met around a dozen guys over the years," says Mathur. "At first I was really against the idea, but you know, over time, I sort of got used to it. I'm not really thinking of it as a marriage thing - it's a meet new people thing and figure out what to do next from there. But I prefer using Tinder. The guys you meet through BM [Bharat Matrimony] are the usually the ones who have been half bullied by their parents to be there. It's bad enough that I'm there under order, you know?"

"At the end of the day," says Woo's Menon, "Shaadi and Bharat Matrimony are sites where your parents create the account, and they are looking at things like your family background and community you belong to. And there's nothing wrong with that. But if you're looking to settle down with someone who has the same interests as you instead, then we're the people who will find your partner."

Falling somewhere between the perception of dating and matrimonial websites, the Indian "matchmaking" websites are still a relatively new phenomenon, and are evolving and finding their footing. They lag behind in terms of name recognition, but with the download numbers growing, things could change over time. But changing cultural mores could mean that a formula tweaked for India becomes outdated before it even comes of age.