Ten Apps That Make the Most of iOS 9's New Features 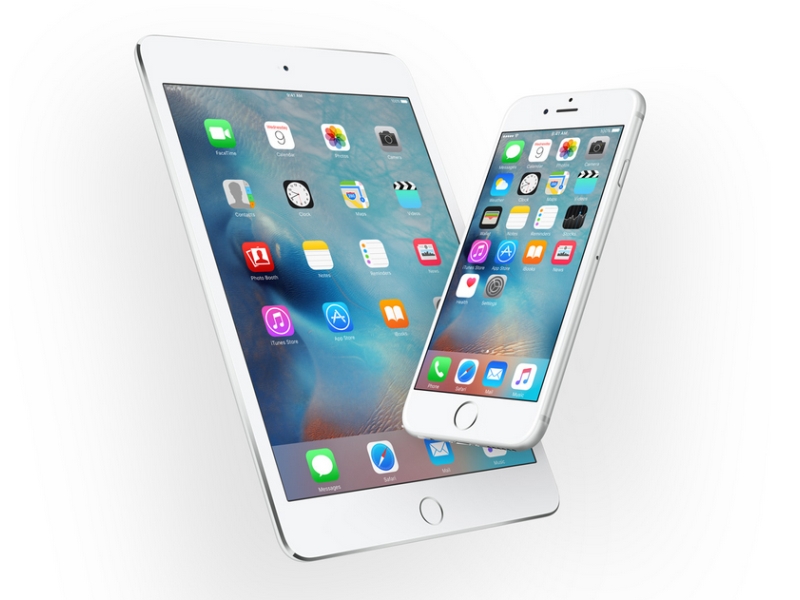 Apple's iOS 9 was just released and we already have more than 50 percent of iOS devices running the latest version of Apple's mobile operating system. If you aren't familiar with iOS 9, here's a quick look at the best new features that the newest version of iOS brings. And here are the top 10 apps that take advantage of these great new features:

1. 1Password
1Password is the best password manager with great apps across iOS, Android, Windows, and OS X. With the launch of iOS 9, 1Password 6.0 has also been released. Until now, we've been using third party apps like Launch Center Pro to quickly search my 1Password vault, but with iOS 9, 1Password gets access to the new Spotlight Search API that allows universal search directly from the home screen. This saves a few taps and we can't imagine going back to how things were. 1Password 6.0 also sports an updated look and we can't recommend the app enough. 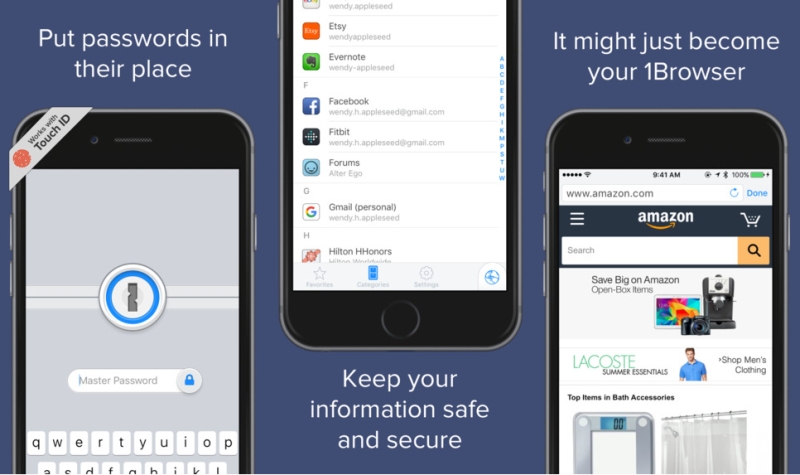 2. 1Blocker
Content blockers in Safari on iOS are a big deal. This is the first time Apple has allowed developers to make extensions that can block ads and trackers on websites in Safari. 1Blocker by Salavat Khanov is the most robust content blocker available on iOS 9. It has granular toggles for various forms of content you want blocked and even allows for custom URL, cookie, and page element rules. 1Blocker not only looks good but it also works great. 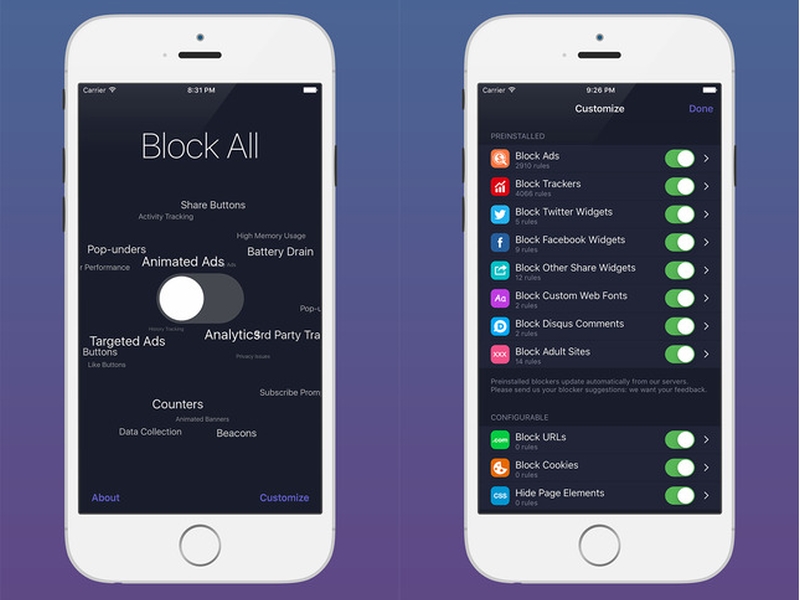 3. Cloak
If you're the kind of person who uses a VPN to access region locked content or just for privacy reasons, you've probably heard of Tunnel Bear. Cloak, the lesser known VPN for iOS, is the Apple equivalent of VPN services. It is the best designed one we've seen and it works without annoying you.

On iOS 9 it can now auto enable or disable based the VPN on the network you're connected to and it makes sure you're always secure on public networks. Cloak really is a VPN solution that just works and stays out of the way so you worry about other things. Cloak includes a 30-day free trial when you download the app. After that, you'll have to pay Rs. 620 per month or Rs. 250 for a week. 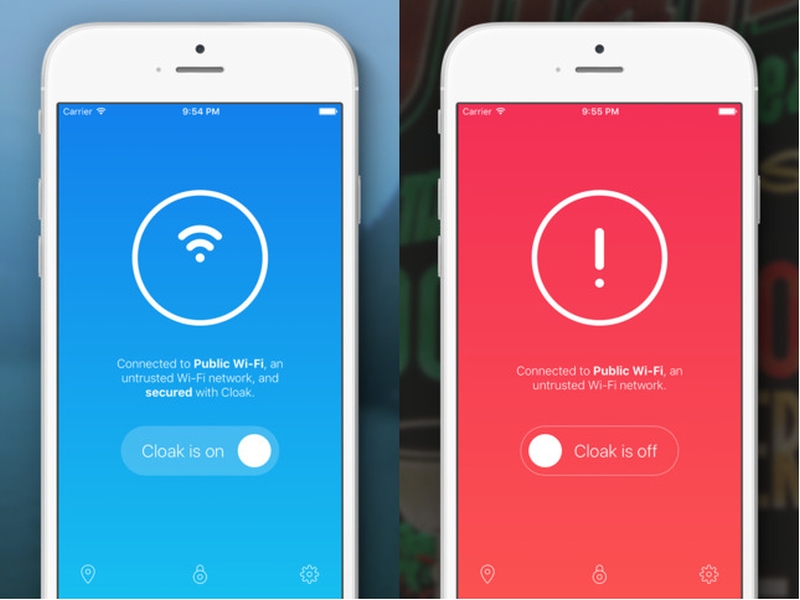 4. YouPlayer
While most third-party YouTube apps seem to slowly die out thanks to API issues or just restrictions in general, YouPlayer by Homegrown Software was ready with a major update the day iOS 9 launched. Pop out video mode is now supported and it is really awesome to be able to read through the Twitter timeline, or chat in Slack, while having a YouTube Hearthstone video playing on the bottom left of the screen. Since YouPlayer doesn't get access to everything YouTube has to offer, video quality is capped at 720p even on an iPad Air 2. It is still worth downloading just to use in Pop out mode. 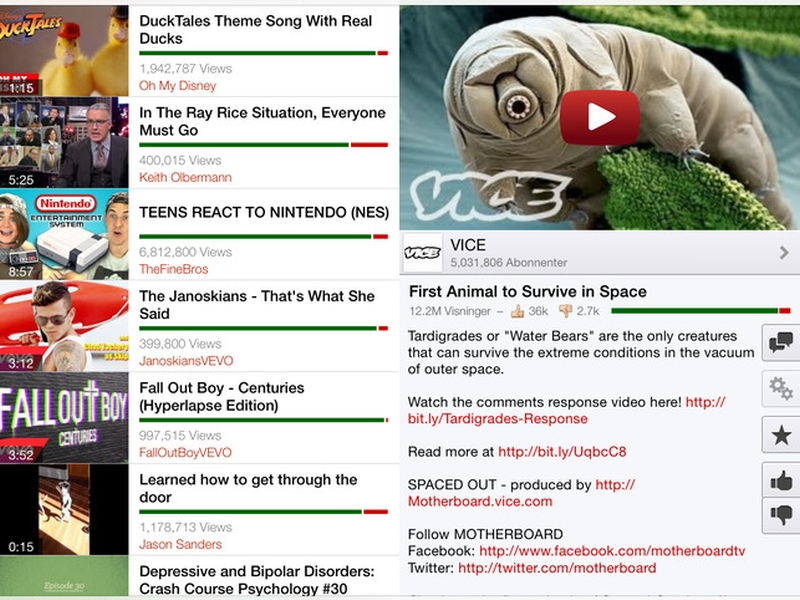 5. Green Kitchen - Healthy Vegetarian Recipes
When it comes to recipe apps, iOS and Android have a good amount to choose from, but few are worth spending money on. Green Kitchen, by the aptly named studio Amazing Applications, is one of the most well designed apps out there. It has great vegetarian recipes, a companion Apple Watch app and now with iOS 9, spotlight search integration. The integration allows you to search for recipes from your home-screen by ingredient or category and even get recommendations with Siri Suggestions. 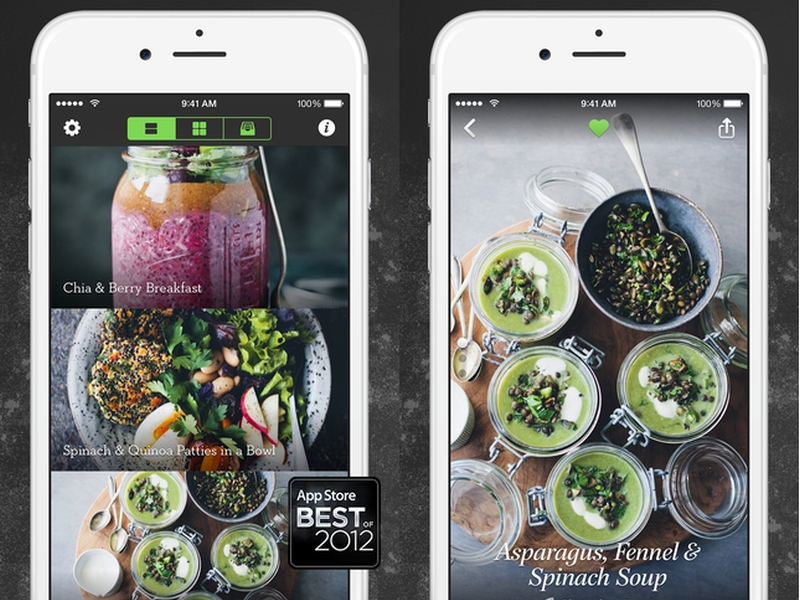 6. Duet Game
Duet Game is a really simple game that has you touch and hold parts of the screen to avoid obstacles. This may sound pedestrian but Duet has a catchy soundtrack and great visuals to make it an overall worthy package of your hard earned money. With iOS 9 Duet Game got updated to support ReplayKit which lets developers offer the option to record the screen and even microphone after asking the user for permission. This lets you share your amazing high score run or your epic fail in games. Hopefully more developers add this to their games. 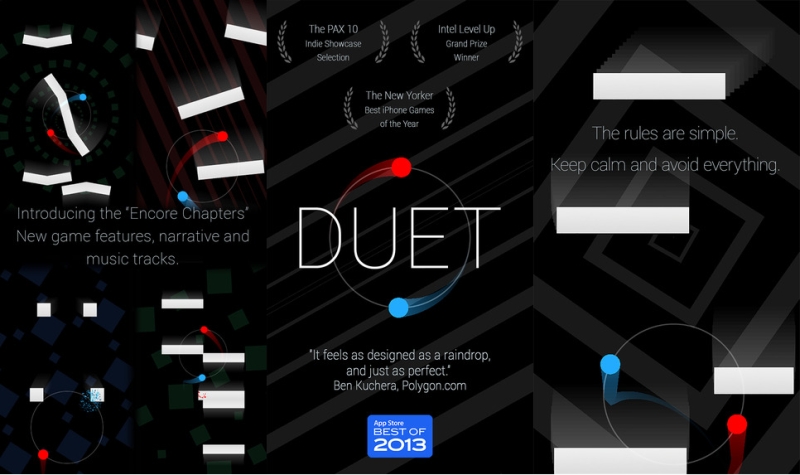 7. Twitterrific
With Twitter restricting third party apps, many of them just slowly died out due to not being able to keep up with the official Twitter app. TweetBot and Twitterrific have been exceptions to the rule on iOS. Twitterrific got updated to support split view on iPad and quick reply to mentions or direct messages from notification centre. Apple's new system font, San Francisco is also supported as the default font within Twitterrific. Overall Twitterrific is the best twitter app for iPad right now and you can try it for free on the App Store. 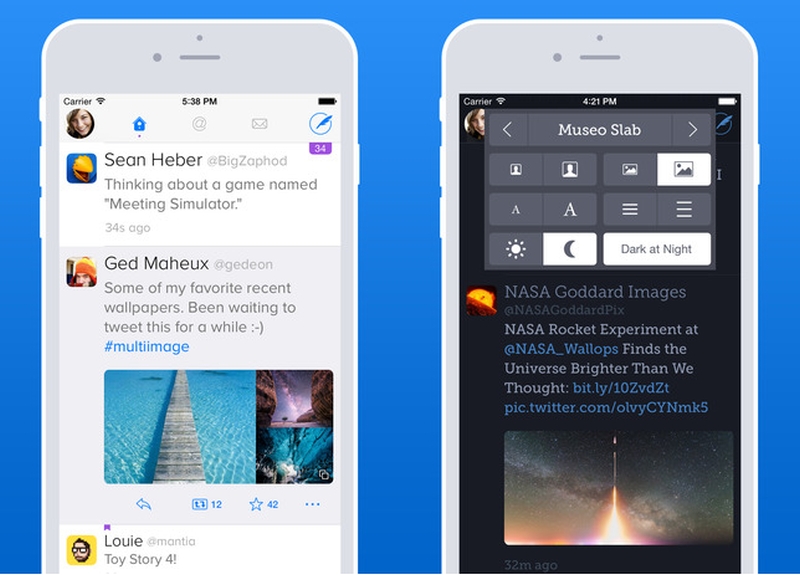 8. Microsoft Office for iPad
Seeing Microsoft on stage to demo their new supercharged versions for the Microsoft Office apps on iPad at an Apple event was quite something. It has updated Word, Powerpoint, Excel, Outlook, and OneNote with support for split screen multitasking on supported iOS 9 devices and done a fantastic job overall. Microsoft has already been investing into iOS heavily giving users Apple Watch apps and improving all its apps in general with updates often. Microsoft Office on iPad keeps getting better and there's no excuse to not try it out right now. 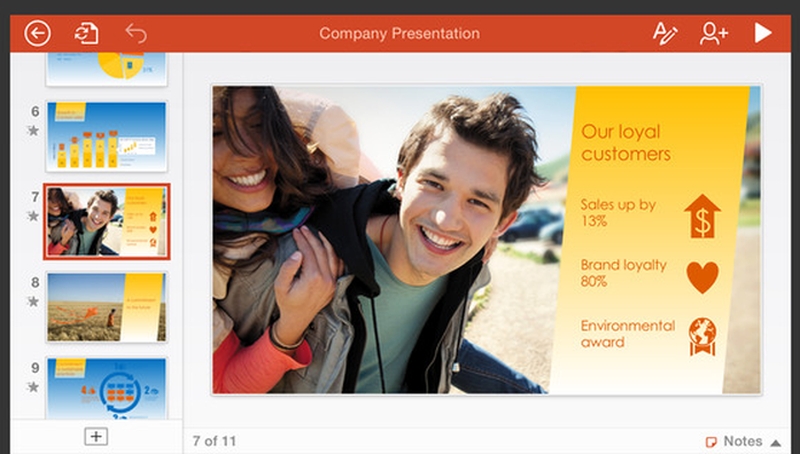 9. Zomato
You probably already have this app installed because it is an essential download if you live in India. Zomato's iOS apps have always been great even when they went on a UI changing spree a while back. With iOS 9 out, Zomato 8.3 released with quick access to recently viewed restaurants in spotlight search. Zomato results appear beautifully and detailed with an image of the restaurant in spotlight search results. 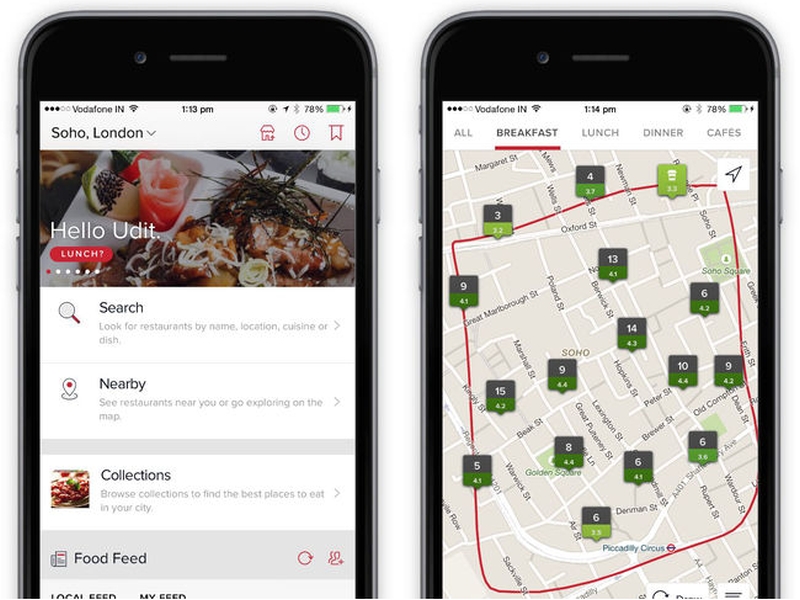 10. Pocket
Pocket is one of the best services available on any platform. Save all kinds of Web content to it to read later offline or online. With iOS 9, Pocket 6.0.1 released on day one, and it supports two of iOS 9's best features. Videos saved in Pocket can be viewed in the new pop out player and you can also search through your saved articles right from spotlight search. 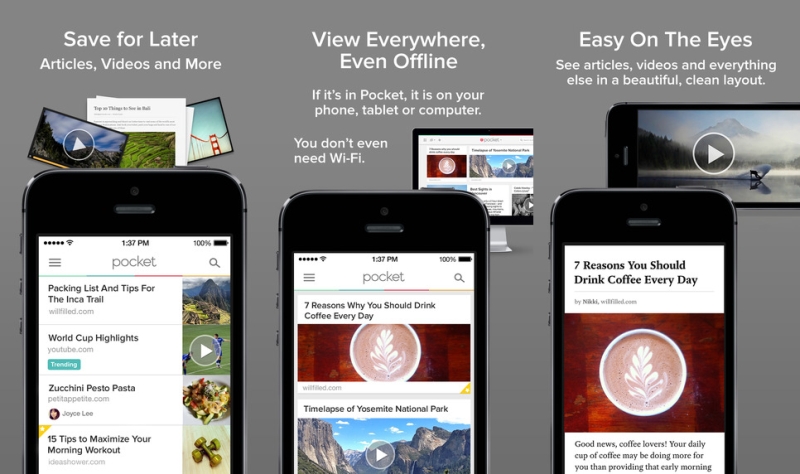 These are our 10 favourite apps that take advantage of new features in iOS 9. What are your picks? Tell us, via the comments.