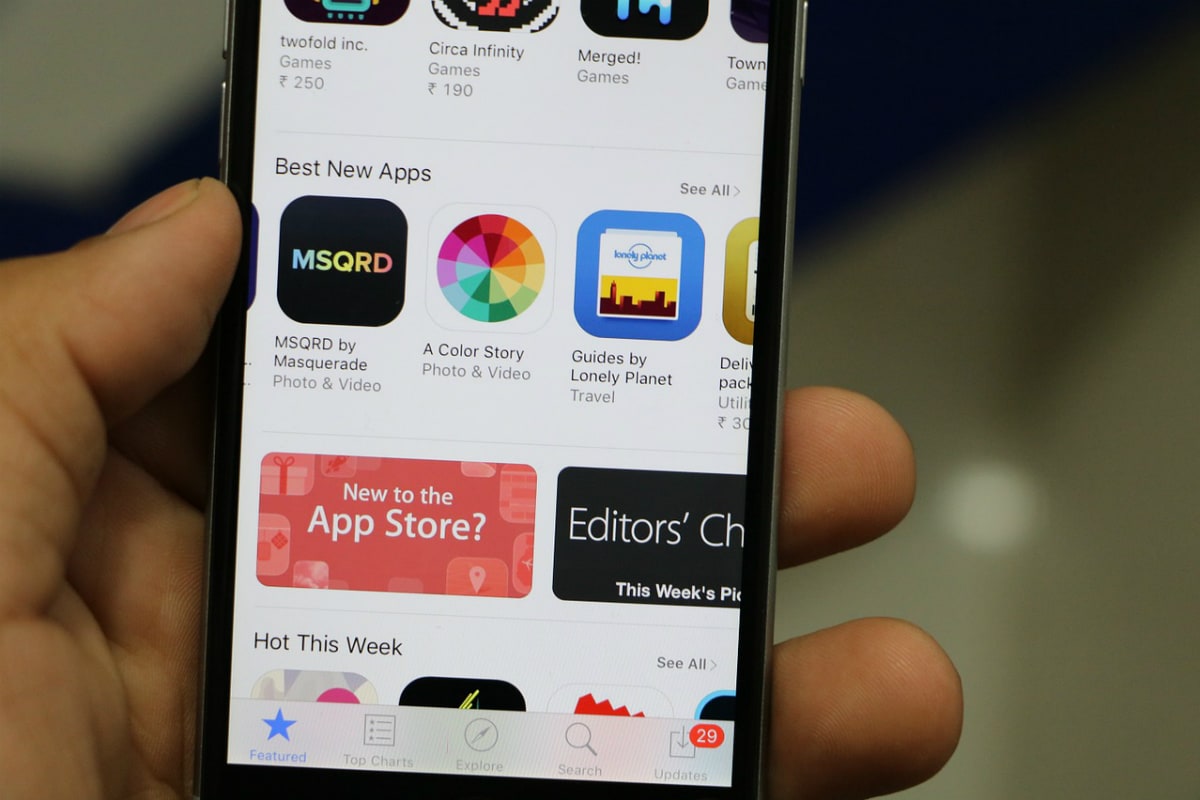 App Store search results are touted to be influenced by downloads, user reviews, and ratings

Apple has denied the allegations claiming bias for its own apps in App Store search results, giving the apps higher ranking over those of competitors. A report by The Wall Street Journal claimed on Tuesday that in more than 60 percent of basic searches on the App Store, it found that Apple's native apps ranked first. It was also noted that Apple apps that help generate revenue through subscriptions and purchases, including Apple Music and Books, appeared first in 95 percent of searches related to those apps. However, the company has said in a statement to the newspaper that it doesn't give an advantage to its own developments over others on the App Store.

The Wall Street Journal report underlines that the dominance of own apps gives Apple an edge in the App Store that generates $50 billion (Rs. 345,053 crores) in annual spending. Some of the search queries, including "music", "maps", and "movies", show how Apple apps come on top in the App Store. This includes searches for terms such as "books" and "maps" that do have associated apps like Kindle and Google Maps that are far more popular than Apple's own apps results for Books and Apple Maps in most cases.

Apple told The Wall Street Journal that it has a total of 42 factors that it considers while ranking search results. The company didn't reveal any details about the search algorithms it uses, though.

Similarly, Apple tells developers that search results on the App Store are influenced by downloads, user reviews, and ratings. A guide to optimise the discovery of apps has also been provided on the Apple Developer site that lists all the major organic ways to improve search result ranking of apps.

"Apple customers have a very strong connection to our products and many of them use search as a way to find and open their apps," the company said in a statement to The Wall Street Journal. "This customer usage is the reason Apple has strong rankings in search, and it's the same reason Uber, Microsoft, and so many others often have high rankings as well."

Nevertheless, some developers have observed the favouring behaviour of Apple. Ian Small, the general manager of Audiobooks.com, the app that was leading "audiobooks" searches in the App Store for nearly two years, observed that the position shifted shortly after the release of Apple Books that supports audiobooks natively.

Small told The Wall Street Journal that the change was "literally overnight" and triggered a 25 percent decline in Audiobooks.com's daily app downloads. The app at the time notably had 35,000 customer reviews and a 4.8 on the App Store's 5-star ranking, as mentioned in the report.

In March, Spotify filed an antitrust complaint in Europe against Apple, alleging that the iPhone maker's unfairly practices limits rivals to market themselves in the App Store. Apple, however, denied the allegation.

Apart from the complaint filed by Spotify, the US Supreme Court in May allowed an antitrust lawsuit accusing Apple of forcing consumers to purchase apps exclusively from the App Store. Two app developers also separately sued the company over the anticompetitive conduct through the App Store that restricts users to download apps only from one source.