Facebook Messenger Lite Launched for iOS, Available Only in Turkey 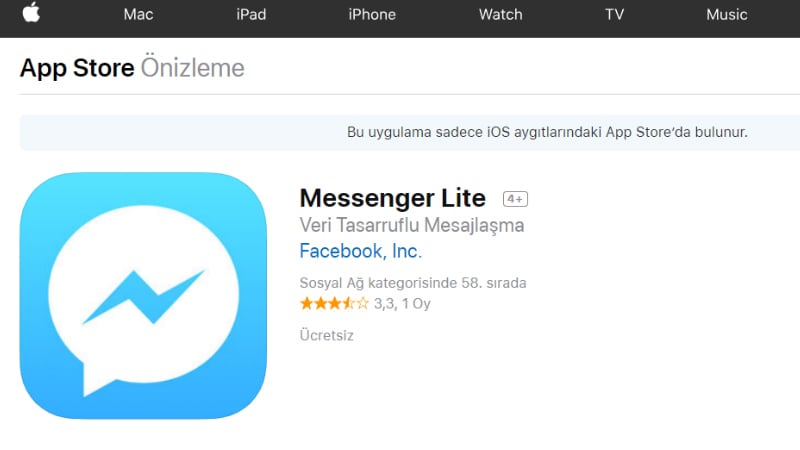 Facebook launched a stripped down version of its Messenger chat app in October 2016, but it was available only for Android users back then. Now, after two years, the Facebook Messenger Lite app has been launched for iOS users as well. The Messenger Lite app is small in size, uses less data, and works even in spotty connectivity. The iOS app is only available for Turkey users for now, but it should roll out in more regions soon. This comes shortly after the Facebook Lite app was launched for iOS users in Turkey.

A Facebook spokesperson also confirmed the release to the publication, "When we first rolled out FB Lite and Messenger Lite as standalone apps, our goal was to deliver the power of a native app, with as many of the same features as possible while still being lightweight. Up until now, Facebook Lite and Messenger Lite have only been available on Android. Now we're testing these experiences on iOS. We're committed to connecting people with the things they care about - no matter their connection, device, or where they live."

The Messenger Lite app retains basic chat features like sending text messages, photos, videos, or links to an individual or a group, but the report states that the app doesn't show the real-time online status of users. The app was launched keeping emerging markets in mind, and was rolled out in India in July last year. It also got the video chat option earlier this year, enabling video calling even in spotty network areas.