Digital Wellbeing widget will display the most used apps on the phone. 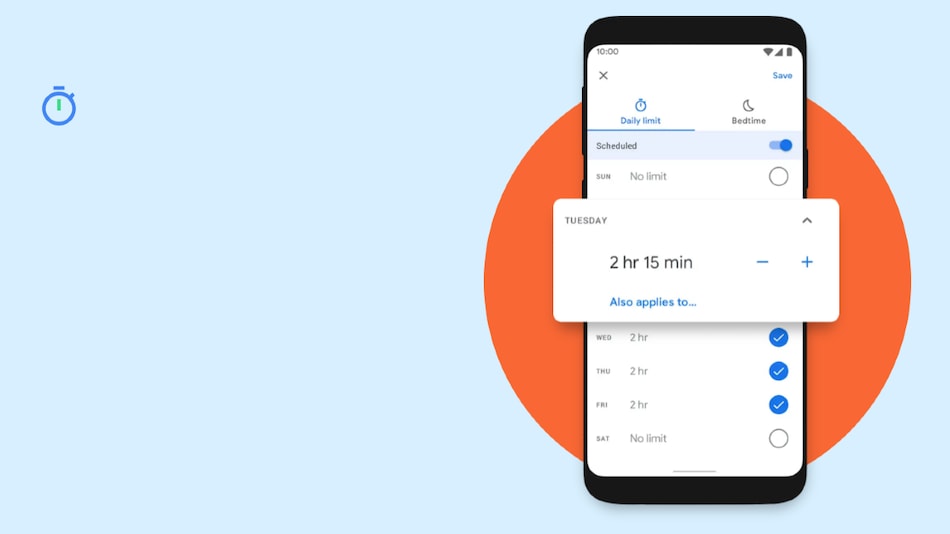 Google has been updating the homescreen widgets of some of its apps like YouTube Music and Google Photos. In the latest update, its Digital Wellbeing app is reportedly getting a new widget. The new ‘your screen time' widget is said to display the frequently used Android apps and the time spent on each. The widget is said to be still in beta. Digital Wellbeing app on Android tracks the digital habits of smartphone users and allows them to set limits to how much time they spend on different apps.

The addition of a new Digital Wellbeing widget was spotted by 9to5Google via an APK teardown. The publication shared screenshots of the new screen time widget. With the widget, time spent by users on their phones will be displayed on the home screen of their phones. It will show the most used apps for the day as well. As per the report, Digital Wellbeing version 1.0.416751293.beta shows the new widget. As mentioned, the widget is under testing and is not live at the moment.

Google in December started adding new widgets for some of its apps including Google Photos, Google Play Books, and YouTube Music. The new Google Photos People and Pets widget allows users to decorate the home screen of their phones with photos of their nearest and dearest. It can be done by selecting a few faces and a frame. YouTube Music has updated with a Recently Played widget for smartphones running on Android 12. The widget features play and pause controls as well as a like button. YouTube Music users can get the widget in three size options, depending on their home screen layout.