Google Self Share Feature Spotted as Nearby Share Update, Will Make Sending Files to Yourself Easier: Report

Nearby Share is Google's version of Apple's popular AirDrop feature. 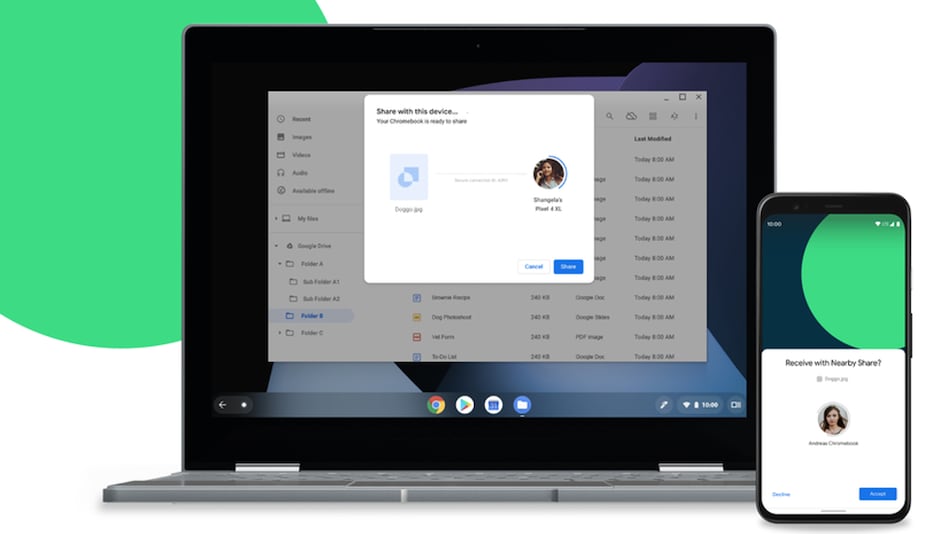 Google recently announced the expansion of Fast Pair to Windows PCs to let users easily set up Bluetooth accessories, sync text messages, and share files using the Nearby Share service. The tech giant is now reportedly working on a new addition for its Nearby Share feature. The new tool is said to be called Self Share, and as the name suggests will let users to easily transfer files to themselves across their own devices. Using Self Share, you can send files to yourself without the use of email or cloud drives. The feature is likely to use Bluetooth or Wi-Fi for transferring data to Chrome OS or Android devices.

In addition, as per a report by Chrome Unboxed, the Self Share feature will go through the Chrome OS Canary developer flag stage before a wide rollout, and thereafter hopefully make its way to platforms other than Chrome OS as well.

Later, the company added it to Windows users via Google Chrome. Since then, Google has been busy adding many new features to Nearby Share to rival Apple's AirDrop. The Nearby Share functionality automatically selects the best protocol for sending the files that could be Bluetooth, Bluetooth Low Energy, WebRTC, or peer-to-peer Wi-Fi. Recently, during CES 2022, Google said that it is working with Acer, HP, and Intel to bring the Fast Pair and Nearby Share experiences to select Windows PCs first later this year.