Google Photos on Pixel 4 has received a new image export feature as well. 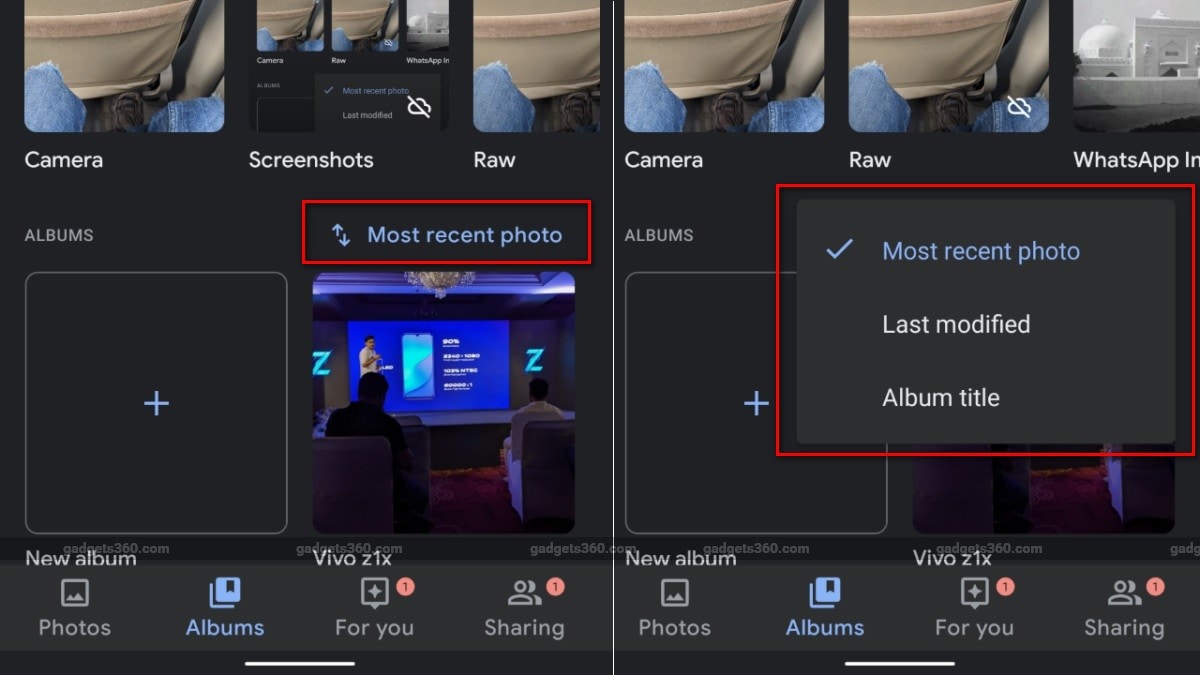 Google has rolled out new updates for the Google Photos app that bring a host of new features and UI tweaks. The first one is an album sorting feature that makes it easier to sort an album based on date or title. The updated Google Photos app has reportedly received a redesigned EXIF panel as well, that now contains all the overflow menu tools in a carousel at the top. Lastly, Google Photos app on the Pixel 4 now has a redesigned frame export feature to let users extract stills from a video.

Starting with the album sorting feature, the album section in Google Photos v4.30 now shows an ‘ALBUM' text and a drop-down menu beside it to select from three sorting presets – Most recent photo, Last modified, and Album title. The album sorting feature appears to have been seeded through a server-side update, as we could see it in Google Photos v4.30 on the Pixel 3, but couldn't find it on the app's identical build on the first-gen Pixel.

The updated EXIF panel in Google Photos app with a carousel at the top
Photo Credit: Android Police

Next, Google Photos' updated build now reportedly shows a redesigned EXIF panel that contains all overflow menu options in a row at the top. Earlier, users had to tap on the three-dot icon at the top-right corner to access options such as Print, Use as, Slideshow, and Move to Archive among others. Now, all these overflow menu items have their own icons which can be accessed by swiping up on a photo in the Google Photos app to open the EXIF panel, where all the overflow options are located at the top. Android Police reports that the redesigned EXIF panel is now visible in version 4.30 of the Google Photos app, but we are yet to see it.

Lastly, the Google Photos app on the Pixel 4 has reportedly received a redesigned image export tool that is available in version 4.28 of the photo-sharing and storage app, or a newer build. The image export feature in Google Photos on the Pixel 4 now has a dedicated “Export frame” button above the video slider and icons for stabilisation on the left and rotation control on the right.