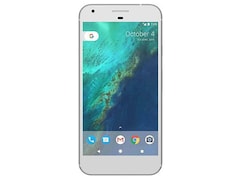 Google Pixel mobile was launched in October 2016. The phone comes with a 5.00-inch touchscreen display offering a resolution of 1080x1920 pixels at a pixel density of 441 pixels per inch (ppi). Google Pixel is powered by a 1.6GHz quad-core Qualcomm Snapdragon 821 processor. It comes with 4GB of RAM. The Google Pixel runs Android 7.1 and is powered by a 2770mAh non-removable battery.

Google Pixel is based on Android 7.1 and packs 32GB of inbuilt storage. The Google Pixel is a single SIM (GSM) mobile that accepts a Nano-SIM card. The Google Pixel measures 143.80 x 69.50 x 8.60mm (height x width x thickness) and weighs 143.00 grams. It was launched in Black, Quite Black, Silver, and Very Silver colours.

Google Pixel price in India starts from ₹ 9,999. The lowest price of Google Pixel is ₹ 9,999 at Flipkart on 7th February 2023. This Phone is available in 1 other variant like 128GB with colour options like Black, Quite Black, Silver, and Very Silver.

Flagship Smartphones That Are Now Affordable 05:06
Choose a variant