Google expects this step to help grow the subscription-based businesses of local developers. 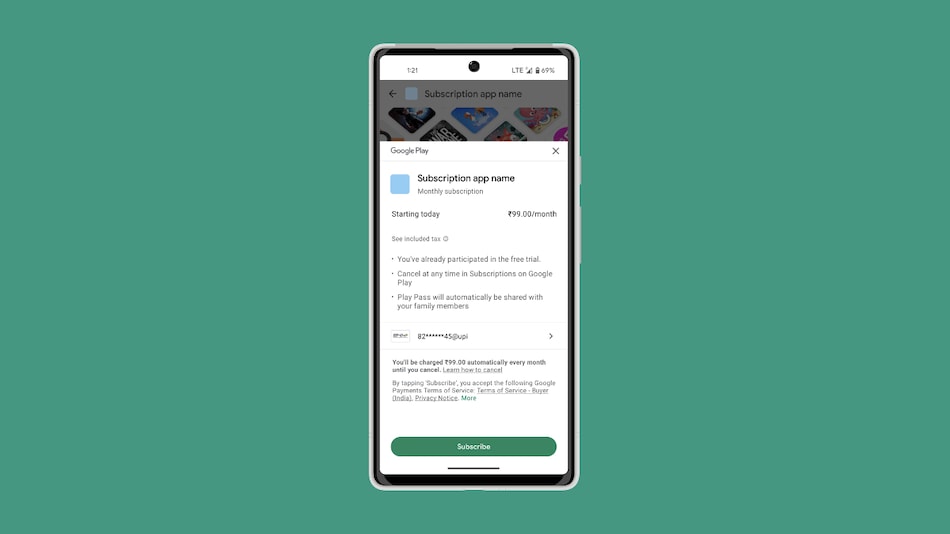 Google Play introduced UPI Autopay for subscription-based purchases in India on Tuesday. UPI was initially made available on the platform as a payment option back in 2019. Google claims that it supports over 300 local payment methods in over 60 countries. The National Payments Corporation of India (NPCI) had launched the UPI AutoPay feature for recurring payments earlier this year in July. It enables customers to set an e-mandate for cyclical expenses like phone bills, EMI payments, insurance, electricity bills, entertainment/ OTT subscriptions, and more.

Google announced on Tuesday that its Google Play customers can now use the UPI Autopay feature for their subscription-based purchases in India. The store now offers a “Pay with UPI” option after customers select a subscription plan. They will then have to approve the purchase in their supported UPI app. This step is expected to aid local developers in expanding their subscription plans.

UPI Autopay was launched in India by NPCI in July. It allows users to set e-mandates for recurring purchases through eligible apps. Furthermore, one-time, daily, weekly, fortnightly, monthly, bi-monthly, quarterly, half-yearly, and yearly mandates can be set up by users.

The introduction of UPI Autopay on Google Play comes nearly a month after the new Reserve Bank of India (RBI) auto-debit rules that came into effect on October 1. This change has reportedly impacted lakhs of customers in India with recurring online transactions. All auto-debit transactions like subscription payments for Netflix or YouTube now go through a new process.

Even international recurring transactions through credit and debit cards as well as prepaid payment instruments (PPIs) have been affected. RBI announced in 2019 that these measures are aimed at restricting fraud. They also allow customers to stop recurring payments from their end and remain notified about such transactions.

Netflix India had already enabled support for UPI Autopay in August earlier this year seemingly in anticipation of these changes.