Google Photo's Memories will display on the photo grid. 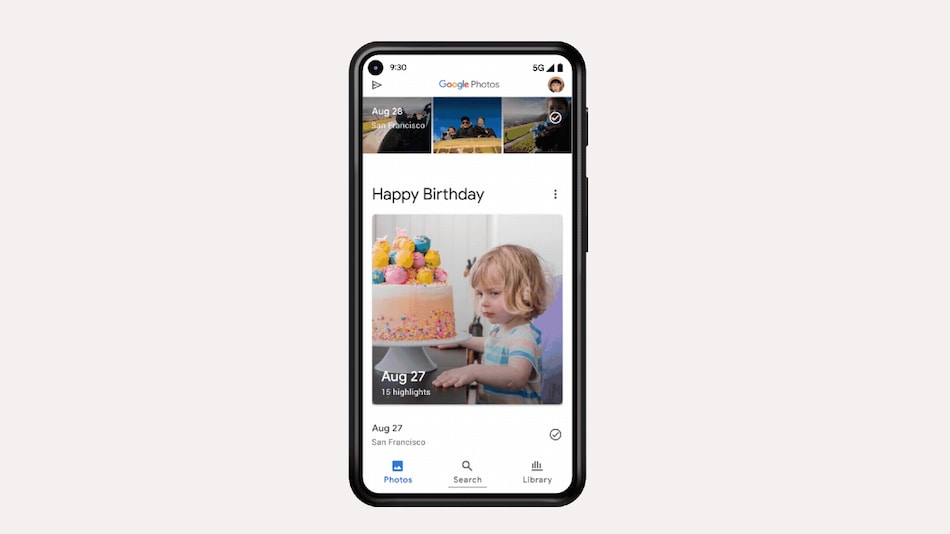 Memories has started rolling out for Android devices

Google Photos for Android is getting a bunch of new features. Google has added new widgets for Google Photos, Google Play Books, and YouTube Music. On top of that, the company has modified the Memories feature in Google Photos that can now automatically curate photos and videos based on past holidays and events. Further, Google has released a Family Bell feature, Emoji Kitchen, and a new feature will let users launch Android Auto automatically when they connect their phones to a compatible car. Additionally, it has unveiled a Digital car key feature for select devices. All these updates are currently limited to Android users.

Google on December 1, announced the addition of new features coming soon to Android photos via a blog post. With the latest update to Google Photos, users can access more curated holiday-themed Memories collections to help them recall past memories and events. The Memories will appear in your photo grid and you can rename, personalise, correct, and even remove these Memories from there. The new Memories collection in Google Photos is said to be widely rolling out for Android devices starting this week.

Google has introduced three new widgets for Google Photos,Google Play Books, and YouTube Music to enjoy the holiday season. The new Google Photos People and Pets widget lets users decorate the Home screen with photos of their nearest and dearest. It can be done by selecting a few faces and a frame. As per Google's blog, the new widgets will be available starting next week.

Among the other major updates for Android, Google has added Emoji Kitchen that allows combining emoji into stickers. There is a new security feature that automatically turns off runtime permissions for apps that the user hasn't opened in a while. Google is releasing the new options in different timeframes. The company confirmed that the Emoji Kitchen functionality is currently rolling out to Gboard Beta users. It will be available to all Gboard users in the coming weeks. The new security feature will roll out starting next month.

Google's new Family Bell feature will help the user and family to stay on track with their daily schedules by receiving alerts on phones as well as home devices such as a smart speaker or display. Similarly, with the latest update, Android Auto can be launched automatically when you connect your Android phone to a compatible car. Additionally, Google has added a Digital car key feature in select countries for Google Pixel 6, Google Pixel 6 Pro, and Samsung Galaxy S21 smartphones for compatible BMW cars. The functionality will allow Android phones to lock, unlock, and even start the compatible BMW car.