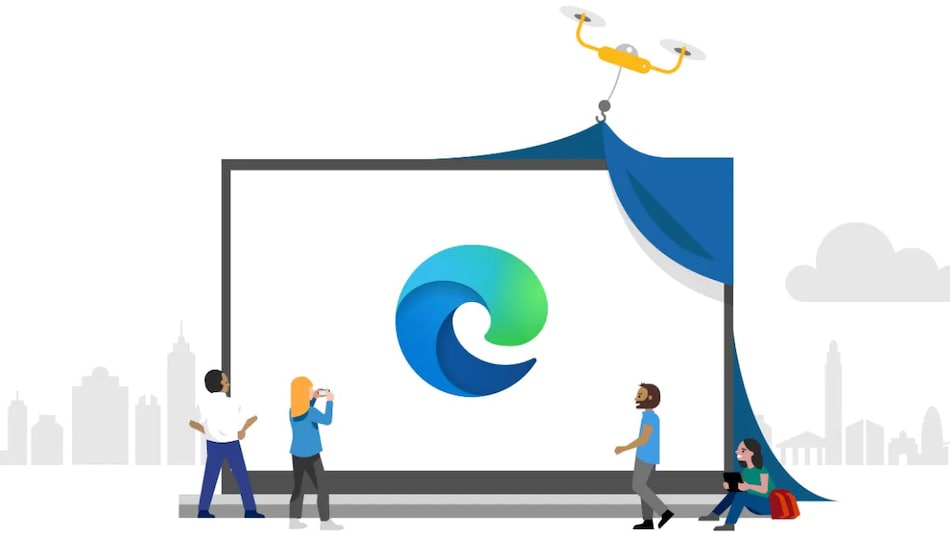 Chromium-based Edge was made available for download in January 2020

Microsoft has started rolling out the much-awaited Chromium-based Edge browser to Windows 10 users with a new Windows 10 update, starting with the Windows Insiders in the Release Preview ring. The company will eventually make its way to everyone using the platform — excluding Enterprise and Education users, after the update is rolled out to Windows Insiders. This comes about a month after the company had made the browser available for download on all supported Windows and macOS versions. The new update will replace the existing EdgeHTML browser engine and switch to the Chromium engine.

Heads-up #WindowsInsiders, we have begun rolling out the new #MicrosoftEdge to the Release Preview ring. See this blog post from @kylealden with more info on Windows Update rollout plans: https://t.co/lLOKhUtnPE

Microsoft's Windows Insiders preview programme is a group of beta testers that get new features early, and the latest is the upgraded version of Edge. Microsoft had announced this approach for an updated Edge rollout in January, when the company announced the new browser available for download on Windows and macOS devices.

The company had announced the Insider approach in December 2019 for the first time through a support documentation, after rumours about the company's approach were surfacing all over the Internet. Further, the company had launched the public beta version of the Chromium based Edge in August 2019, which was available for all Windows 7, Windows 10 and macOS users.

In April 2019, Microsoft released the first two Dev and Canary builds of the Chromium-based Edge browser, that was only available to download for Windows 10 users. The first two builds came after the browser's build was leaked online, which showed a new design, animations and a read-aloud accessibility option.

The latest update will also surface for iOS and Android devices automatically, Microsoft had announced in January. This new approach, according to the company, will help Microsoft beta test the rollout approach for the masses.

The latest Microsoft Edge version comes with new privacy-focussed features such as tracking prevention, which is enabled by default to limit tracking through ads and cookies. There is also a new tab page layout that lets users choose which types of news they want to be seen on their new tab screen. Further, Microsoft has provided AAD support, Internet Explorer mode, 4K Web streaming, Dolby audio, inking in PDF, support for Chrome-based extensions, and Microsoft Search in Bing integration among various others.