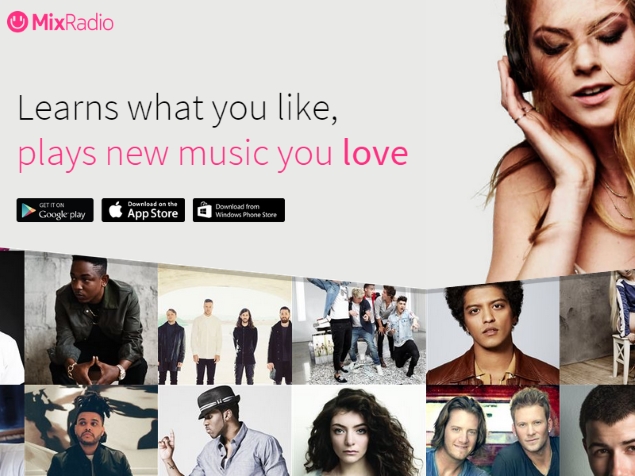 MixRadio, the music streaming service previously owned and promoted by Nokia, has finally launched versions for Android and iOS, thereby opening up the service to a larger audience. The service was previously exclusive to platforms used by Nokia and Microsoft.

The service started as OD2 in 1999 and provided digital music stores for various internet service providers. It was eventually acquired by Nokia in 2007, which developed and released it as a Nokia-exclusive service. After Nokia's sale of its mobile phone unit to Microsoft, MixRadio was also transferred as part of the deal. However, since Microsoft already had the Xbox Music streaming service as a part of its portfolio, it sold MixRadio to Japanese company Line Corporation, which owns the popular Line messenger service.

Since MixRadio was developed for Nokia, it remained dedicated and exclusive to the Windows Phone, Nokia X, Asha and Symbian platforms till now. Under new ownership, the service has now launched applications for Android and iOS, two of the world's most popular smartphone platforms. This will allow many more users around the world to access MixRadio and its services.

The online streaming service operates as an Internet radio service. It is free to use, but is monetised through the use of banner ads, which are shown on screen when the app is in use. It boasts of a catalogue of over 35 million tracks. MixRadio previously offered an unlimited downloads offer in India, but discontinued support for this in November 2014. The service is active in 31 countries today.