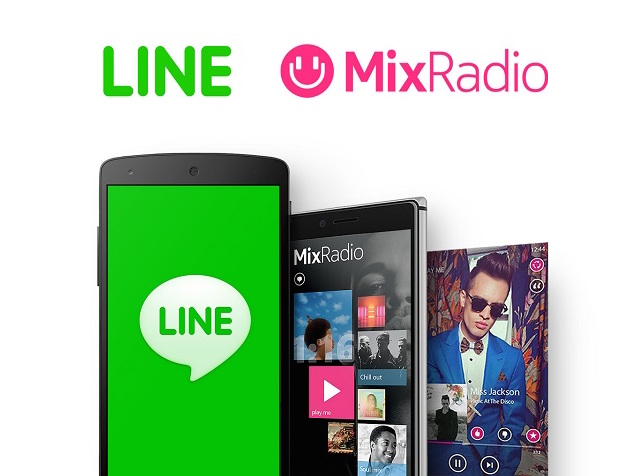 MixRadio - a music streaming service which started its journey by being bundled free with Nokia's Lumia range of Windows Phone devices - has been sold to Japanese messaging service Line by Microsoft on Thursday. Neither Line nor Microsoft have specified the value of this deal.

Earlier this month, Line had announced a joint venture with Sony Music and Avek Digital called Line Music. Musically reports that MixRadio and Line Music will be two separate services. Also, Line has confirmed that MixRadio will continue to be available for Windows Phone as a third-party app. That said, it is quite possible that future Lumia handsets might not come preloaded with the app.

For the uninitiated, Line is a messaging service from Japan with 170 million active users every month. Line was the first app that introduced stickers to the world. At the moment, Line is trying to go a little beyond being just a text-based messaging service and provide a complete mobile entertainment experience. For example, users of Line can already follow celebrities and brands, and play games.

Line also introduced Line Pay, its very own mobile money transfer and purchasing service, recently. It has plans to introduce taxi-booking and food delivery services in its native Japan. While Line has a strong foothold in Japan, Thailand and Taiwan with more than half its active users hailing from these countries, it is evident that the company is trying to gain traction in Europe and USA.

Similarly, MixRadio has streaming playlists curated by the company's team of "mixologists". It is believed that MixRadio stands to gain a lot from this deal as the app lags far behind popular streaming services such as Spotify, Beats, Pandora and Rdio. Moreover, we are expecting that MixRadio's exclusivity to Windows phone might change soon and users can expect an iOS and Android version of the app.