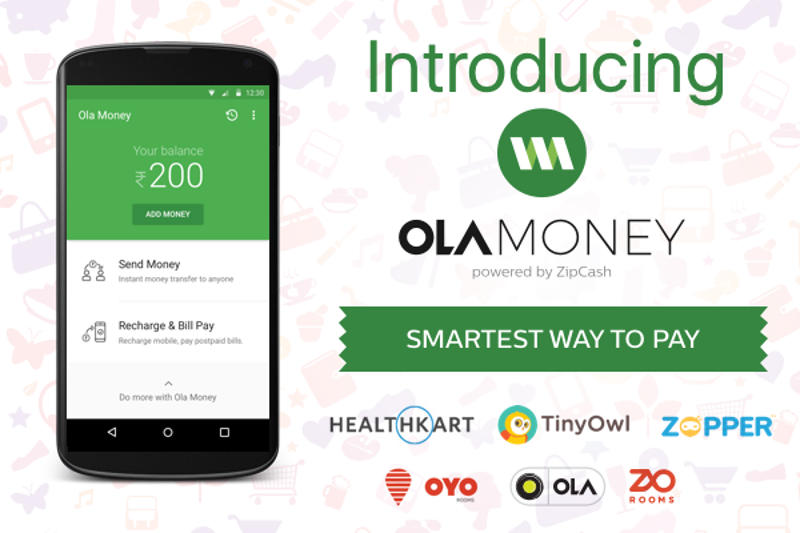 If you thought there weren't enough virtual wallets to contend with, Ola Money on Tuesday was launched as a standalone app for Android.

Based on the official description, Ola Money can be used to make peer to peer payments, do mobile recharges and postpaid bill payments, and work with an ecosystem of merchants.

By separating the mobile wallet from its Ola app, the company in a blog post also said Ola Money users will more easily be able to check their transaction history. They can also check out deals and offers from partnered merchants.

Earlier in August, Ola had announced its tie-ups with Oyo Rooms, Lenskart, Saavn, Zopper, BusIndia, and Zoomin. New merchants listed on the app include Explara, Healthkart and Planhound.

It will be interesting to note how soon, and how many of Ola's customers start transacting using the Ola Money app-based on their latest disclosure, the company claimed it had a total of 25 million customers, making one million daily booking requests daily on the service.

(Also read: Seven Mobile Wallets Every Indian Should Know About)

Login credentials like email and mobile phone number are connected to the user's Ola account. Ola Money can be recharged via credit card, debit card, and net banking, and claims to be able to do recharge prepaid mobile numbers and postpaid bills, though users seem to be complaining about the app for a wide range of reasons at the moment, from delays in bill payments to failure in loading promo codes. The app currently has an overall rating of 3.2 stars.

The app claims to offer a one-touch checkout experience, but we had problems with topping up our wallet with a net banking account, with a five-minute stall at the payment gateway.