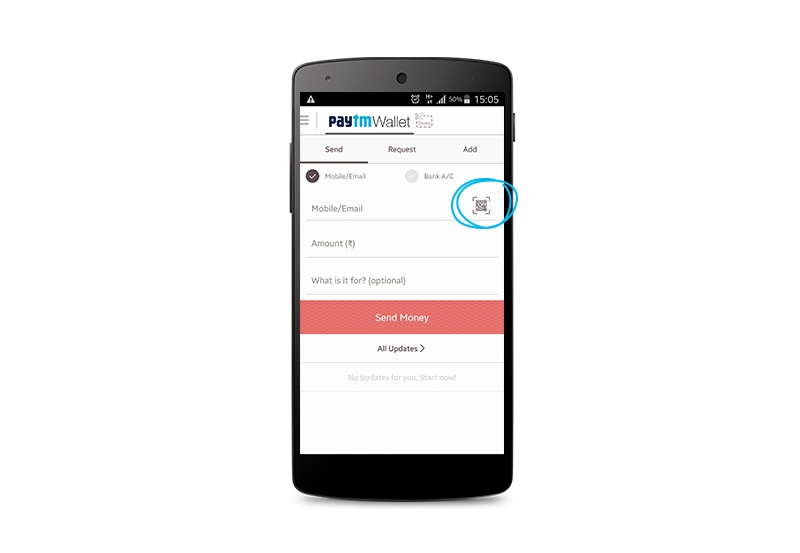 Digital payments and electronic wallet startup Paytm has introduced QR code-based payments on the Paytm Wallet app. Meant to be used at small stores and service providers, the feature is part of the company's bid to drive acceptance of digital payments in the country.

Paytm says the QR code can be used by the shopkeeper or service provider to start accepting digital payments, with customers paying via the Paytm Wallet app - either via wallet balance or a saved card.

In the case of the pre-printed QR codes, Paytm says the only information they will contain are the Paytm account details of the merchants. After scanning the QR code of the merchant, the buyer has to enter the payment amount and approve the payment. The merchant does not need a data connection for the transaction to complete, and will receive a transaction confirmation through SMS.

The company adds that merchants will also be able to generate dynamic QR codes which will contain the amount to be paid as well, in addition to the merchant's Paytm details. Currently, the Paytm method to make payments at physical stores generates a one-time password after the customer's mobile number is received. With the new QR code-based system, Paytm says it hopes to play host to more merchants.

On the addition of the new capability, Nitin Misra, Vice President - Payment Products, said, "The existing 10,000 merchants, who enable top-up of Paytm wallets with cash, will also be encouraged to start accepting QR code-based payments as many of them are kirana stores. We see high applicability of this solution with local retailers & service providers like handyman, autos, small restaurants & kirana stores. The benefits for merchants are freedom from handling cash, instant payments & much lower operational costs. Customers can now pay exact amount & don't have to carry cash around. Shortly, we will also launch a payment merchant application that will give retailers a wider range of functionality".

Disclosure: Paytm founder Vijay Shekhar Sharma's One97 is an investor in Gadgets 360.