The Android 11 Beta 1 update for Redmi K30 Pro is based on the Android Open Source Project (AOSP). 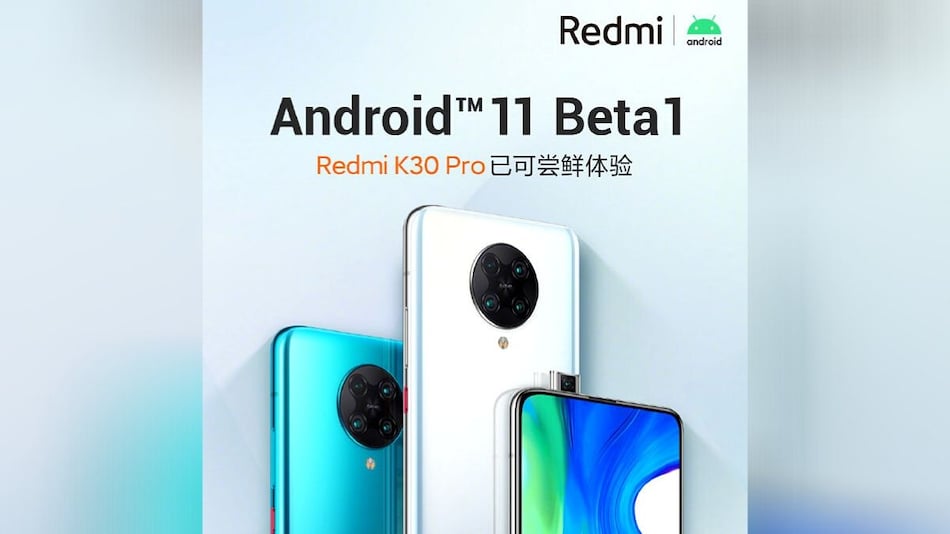 Xiaomi announced the development on Weibo

Xiaomi has released the Android 11 Beta 1 build for Redmi K30 Pro users in China. The development comes days after another Xiaomi sub-brand, Poco announced the Android 11 beta 1 build for Poco F2 Pro. The beta version of the Android 11 for the two Xiaomi sub-brand phones are available in a common build as they are essentially the same smartphones with different branding. Notably, the current beta 1 version of Android 11 does not have Xiaomi's custom MIUI skin on top. The software is based on Android Open Source Project (AOSP) that is Android in its true vanilla form.

Xiaomi on Monday announced via Weibo that the Android 11 Beta 1 is now available for Redmi K30 Pro. The Chinese tech giant cautions that the Android 11 Beta is primarily for developers to adapt their apps for the upcoming version of Android and not for the end consumer. Users are also advised to back up their data before switching to the beta version of Android 11. To install the Android 10 Beta 1 for Redmi K30 Pro, interested developers need to download the .tgz extension file, available on the Mi Community site. User can select the download link for Poco F2 Pro as they are the same phones under different branding and have the same build version.