Poco F2 was rumoured to be a rebranded Redmi K30 Pro but that will not be the case, according to C Manmohan, Poco India GM. 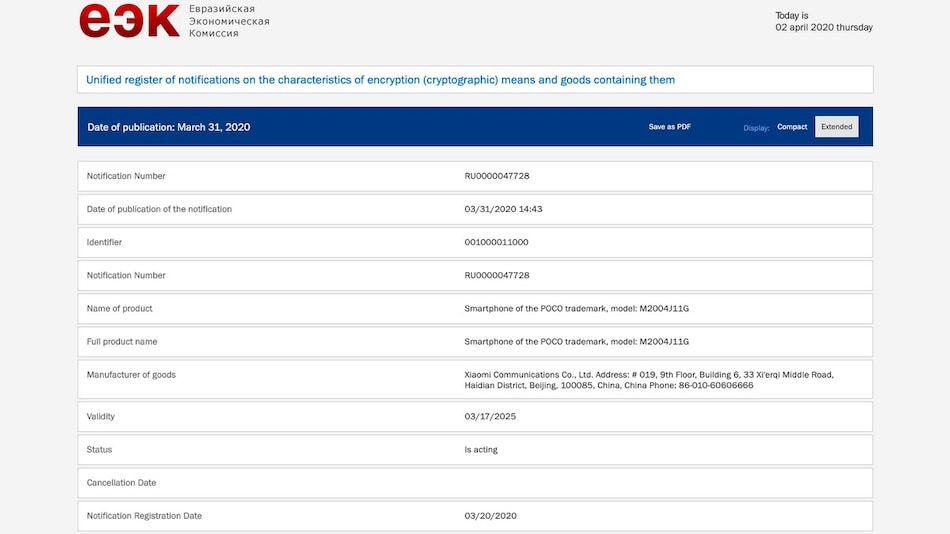 Model number in the listing has similar format to Poco F1

Poco F2 has been in the news for quite a while now and a mysterious new phone has been spotted on Eurasian Economic Commission (EEC) website. Though the listing does not reveal any information on the specifications, it does however, state that phone with model number M2004J11G is a Poco smartphone with Xiaomi as the manufacturer of goods. This model number format is similar to the Poco F1, the Redmi K20 Pro, and the Redmi K30 Pro, as pointed out by a tipster on Twitter.

Initially, it was rumoured that the Poco F2 will be a rebranded Redmi K30 Pro but these rumours were quashed by Poco India General Manager C Manmohan.