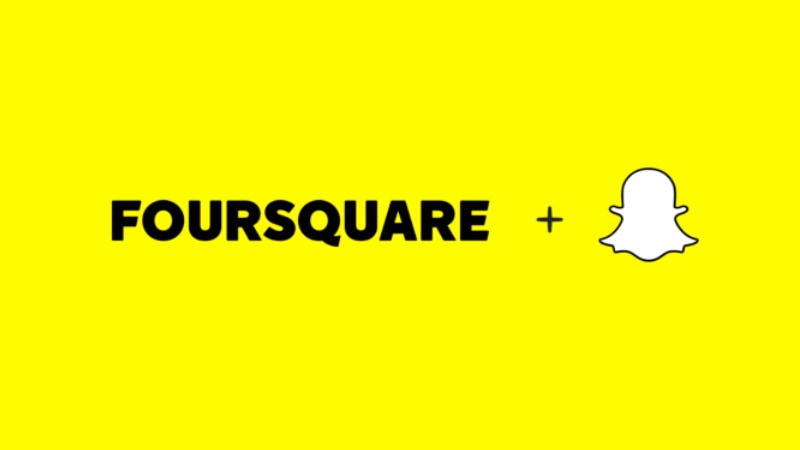 Snapchat and Foursquare have entered into a partnership to power location-based geofilters and enable more targeted advertising. With this partnership, Snapchat has gained access to Foursquare's 87 million locations database to target more ads based on its popular mask feature.

Foursquare is a mobile app that allows users to search and discover nearby places to visit, usually centred around food, entertainment, and nightlife. Foursquare collates its data through communication signals like GPS, Wi-Fi, and Bluetooth. Its location data currently powers Twitter, Uber, Pinterest, and even Apple, and it has now added Snapchat to its elite kitty. Foursquare's Vice President of business development Mike Harkey believes that this partnership will offer advertisers to target specific customers in specific markets. He wrote in a Medium post, "Consider a surf brand. Now that we're powering Snapchat geofilters, the company could offer branded geofilters at a chain of surf shops or at every beach in the US. Or a soda company may now purchase geofilters across all fast food and convenience store locations."

This means your geofilters will change based on the location you are at, and advertisers can opt to only power geofilters in specific areas that suits their interest. For those unaware, geofilters are the popular overlays Snapchat provides to its users while taking photos and videos on the social platform.

This isn't the first time Foursqaure has partnered with Snapchat for advertising. It was one of the first companies to place a 10-second advertisement on Snapchat's Discover channel for its Swarm check-in app. Snapchat is reportedly gearing up to go public and file an IPO very soon. The company could go public as soon as March and be valued at $20 billion to $25 billion (roughly Rs. 1,35,316 crores to Rs. 1,69,146 crores), making it the largest IPO since Chinese e-commerce giant Alibaba Group Holding Ltd's went public two years ago valued at $170.9 billion. It would be the largest US technology IPO since Facebook Inc's debut in 2012 with a value of $81.2 billion.