Snapchat users have shared content from its partner apps like songs from Spotify and tweets from Twitter over six billion times over the past year, according to Snap. 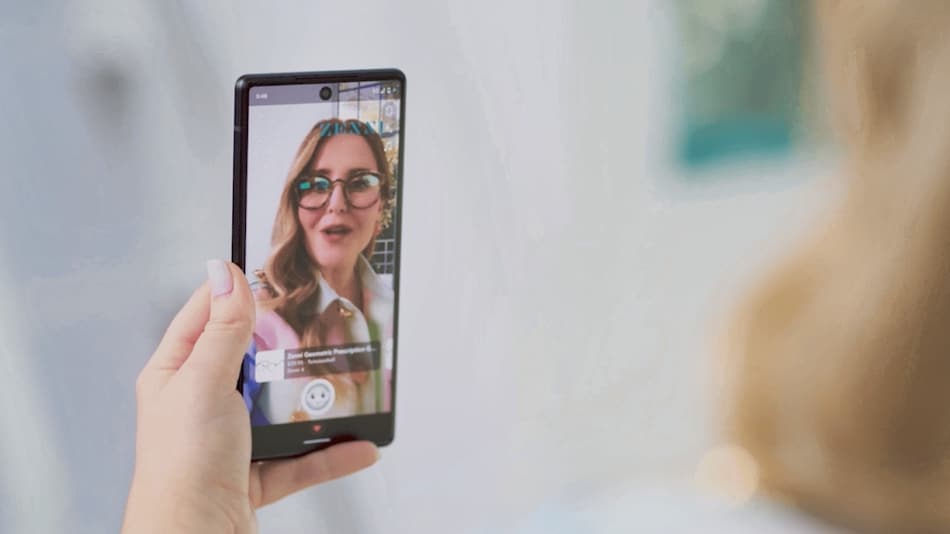 Snapchat now reaches more than 600 million monthly users and has over 332 million daily active users around the world, Snap announced at its annual Snap Partner Summit on Thursday. The camera app is also claimed to have over half a million partners, creators, and developers that help build new solutions on the platform. In addition to the insights, Snap announced its new features and experiences that are aimed to bolster the growth of Snapchat in the market. The company also introduced tools including Director Mode to help enhance the experience for content creators on the app.

At the virtual summit, Snap revealed that Snapchat users — aka Snapchatters — have shared content from its partner apps like songs from Spotify and tweets from Twitter over six billion times over the past year. The Santa Monica, California-based company also underlined that more than a billion Bitmoji avatars have been created by its users across the globe. Additionally, it pointed out that its developers around the world have built over 2.5 million AR Lenses that have been viewed over five trillion times.

"We now reach more than 75 percent of 13–35-year-olds in over 20 countries. And our global community continues to grow, with three consecutive years of accelerating year-over-year daily active user growth," said Snap CEO Evan Spiegel at the event.

Snap claimed that since January last year, more than 250 million Snapchatters have engaged with AR shopping Lenses on the platform. AR shopping Lenses were first launched on Snapchat in 2018. The company is aiming to expand the usage of AR shopping Lenses on its platform by bringing technologies including Snap 3D Asset Manager. This will allow brands to request, manage, and optimise 3D models for their products in the catalogue, without requiring them to pick a third-party source.

Earlier this year, Snapchat released catalogue-powered AR shopping Lenses that were aimed to set the stage for the newer experiences.

In addition to the new lens, Snapchat is getting a feature called Dress Up that will work as a standalone destination to let you look at all the AR fashion and try-ons from creators, retailers, and fashion brands. It will be available under the Lens Explorer. Snap will also soon bring it one tap away from the Camera in the AR Bar.

Snap announced that it is introducing a new Camera Kit for AR Shopping to let businesses use its proprietary AR try-on tech within their apps and websites. The new Kit will work across Android and iOS devices and will soon work on websites as well, the company said.

Puma is Snap's first global brand partner to use the Camera Kit for AR Shopping technology to let its customers digitally try-on sneakers using their phones.

Companies including Amazon did try to enter the space of allowing consumers to get the right fit of their clothing by 3D scanning their bodies. Similarly, many startups are working on that for some time. However, accuracy in judging cloth sizes correctly all the time, with all kinds of body shapes and sizes, is something that is yet to be achieved to a large scale.

At the summit, Snap revealed its multi-year partnership with US entertainment company Live Nation. It will bring immersive AR experiences to connect artists and fans on the Snapchat app, the company said.

Alongside the new AR experiences, Snap is enhancing Lens Studio with a feature called Ray Tracing. It is claimed to help make AR elements look truer to life on the app. The company also announced Lens Cloud as its collection of backend services to help developers build new AR experiences on the platform. It will offer storage, location, and multi-user services to advance interactive experiences.

Snap already has its Camera Kit in place that it offered to brands including Samsung, Disney, and Microsoft in the past. The company said that Samsung's customers have played with AR Lenses developed using Camera Kit over one billion times. The company is also bringing the AR Lenses

Aside from its camera advancements, Snap at the summit announced the launch of a feature called Minis Private Components System. It will allow developers to add social experiences to Minis — bite-sized utilities and games that are built with HTML5. The feature will let developers add elements including ratings, reviews, and recommendations to their Minis on the platform.

Snap introduced Minis in 2020 to let developers build small games and utility experiences within Snapchat. The company claimed that so far, more than 20 Minis have been built from developers and partners including HBO Max, Poshmark, Headspace, and Ticketmaster, among others.

For creators, Snap at the summit announced Director Mode editing tools that will help users polish their content. It will allow creators to use a new Dual Camera capability to capture content from both front and rear cameras of their devices simultaneously to offer a 360-degree view of their content. There will also be a Green Screen mode to help creators work on a chroma key compositing-like experience and transform back. Further, Snapchat will also get a Quick Edit feature as a part of the Director Mode tools to let creators take and edit multiple shots.

Director Mode will initially roll out to iOS, followed by Android later this year. Users will be able to access it from the Director Mode icon in the camera toolbar or by tapping the Create button in Spotlight.

Snap also shared growth of creators building content for its Spotlight feature — which essentially works like TikTok and allows users to watch short-video content of 60-second each one after another. The company said that more than 25 Spotlight creators have syndicated shows on Discover, which were collectively watched by over 155 million Snapchatters in the second half of last year. It also noted that creators like Mia Finney was able to reach an audience of over 40 million Snapchat users on Spotlight in three months, generating six figures income from the app last year. This growth story is, though, not applicable to all creators on the platform as there would be many who are still struggling to get famous.