Affiliates on the live streaming platform too will qualify for 55 percent of ad revenue split starting in August. 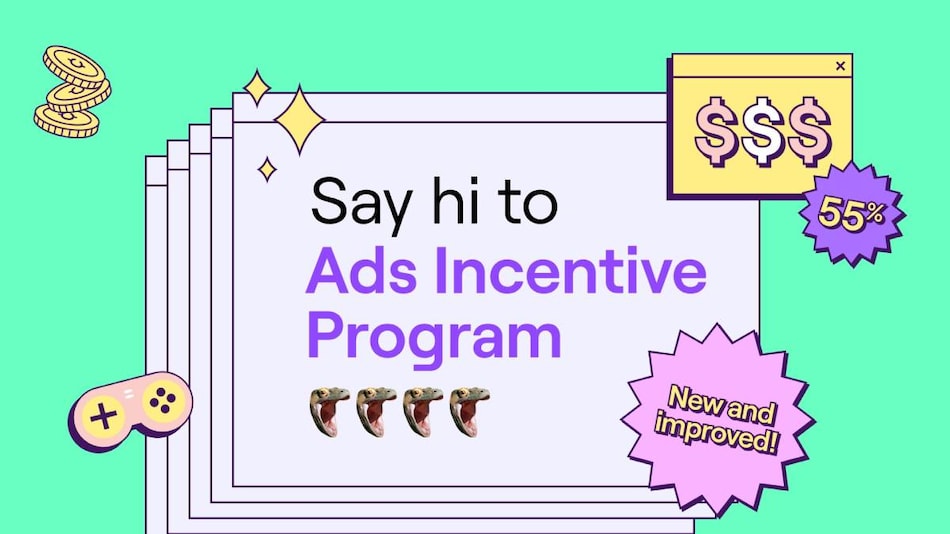 Twitch is expanding its ads incentive programme (AIP) and offering bigger payouts to streamers. The expansion will also include more partners or creators than ever. The company is also changing the structure of the payout in order to offer more money to the creators. Affiliates on the live streaming platform, although not included in this programme, will still qualify for 55 percent of ad revenue split from payouts starting in August. They will have to set Ads Manager to three minutes (or more) per hour for the same, according to the company.

As announced by Twitch, the platform now allows more Twitch partners or creators to earn a reliable income. However, the company did not give any specific figure for how many streamers they intend to give this offer to.

Originally, Twitch paid streamers through a fixed CPM, where they get a flat rate for every 1,000 ads watched on their channel. Now, to ensure high payouts to the creators, the company is shifting to a percentage-based revenue share model.

Meanwhile, the company says, "this new model pays creators 55 percent of the revenue for each ad that runs on their stream. This change represents a 50-150 percent ad pay rate increase for the vast majority of creators on Twitch."

Twitch partners or creators can see their offers while heading to the Ads Manager section of the dashboard on the platform.

In March this year, Amazon's live-streaming e-sports platform made an announcement that it will ban users who persistently spread harmful misinformation on and off the live video streaming site, in a move that blocks Russian state media from the platform. Meanwhile, a Twitch spokesperson said this new rule would block Russian state media from establishing a presence on the site because the outlets had been persistently spreading misinformation away from its service.