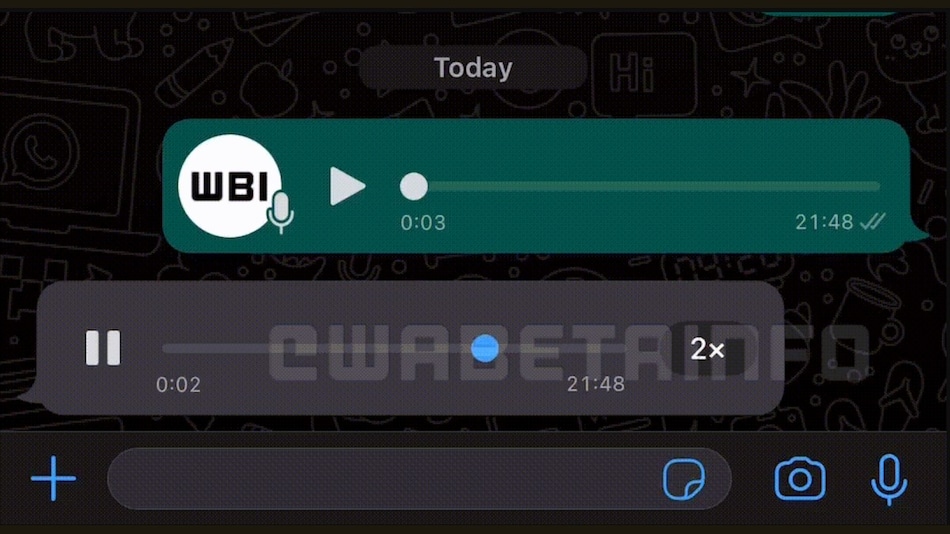 WhatsApp is reportedly working on introducing a feature that will speed up audio messages while they are being played back. This will work similar to the way voice notes can be sped up to 1.5x or 2x while they are played back. An audio message is essentially a forwarded voice note or any other audio that the sender has not recorded when it was sent. While the feature was spotted testing on iOS devices, it is speculated that Android devices may get the feature soon.

WhatsApp features tracker WABetaInfo has spotted that the Meta-owned instant messaging service is working on a feature that will let users increase the playback speeds for all audio messages and not just voice notes. As mentioned, this feature was spotted on the iOS version of the app and is speculated to reach Android devices as well.

The features tracker did not provide any information on when this feature will roll out to users of the stable version, as it is still in beta testing. WABetaInfo mentions that users will get to increase the playback speed of any audio up to 2x, similar to the playback speed feature available for voice notes. As mentioned earlier, an audio message is essentially a forwarded voice note or any other audio that the sender did not record while it was sent.

Earlier this week, WhatsApp introduced two new methods of securing an account on its platform. These new safety methods include flash calls and message level reporting. The former will let users register their account through an automated call in addition to a text message. The flash call method is currently available for Android users only. Through message level reporting, users can report accounts by flagging a specific message. This can be done by simply long pressing a particular message to either report or block a user.