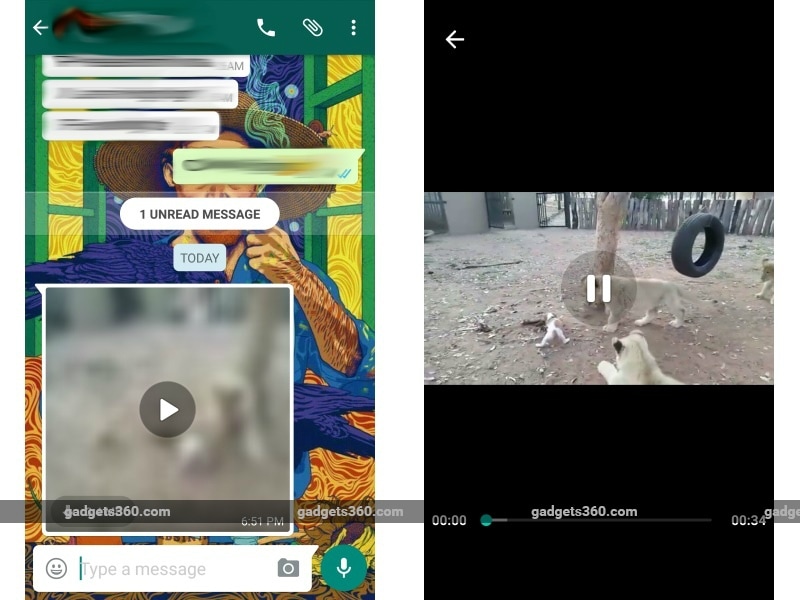 After launching the much anticipated video-calling feature on its stable channel, WhatsApp is testing a feature to enhance its video playback mechanism. WhatsApp beta for Android will allow its users to watch shared videos while they're being downloaded in the background. The feature is being tested on the WhatsApp for Android beta app, and can soon be expected to release to the stable channel of the app.

When a user sends you a video on WhatsApp and if you're a beta tester for WhatsApp, you'll start seeing a play icon instead of the regular download button. At the bottom of the video dialogue box, the size of the video will be written. As soon as you hit the play button, the video starts streaming depending upon your Internet connection speed. While streaming, the video plays inside WhatsApp, but after it is downloaded WhatsApp will ask you to choose your default player such as the default video player, MX Player etc.

As we mentioned, this feature is confined only to beta testers of WhatsApp for Android. To become a beta tester, sign up on Google Play. WhatsApp users on iOS will have to wait for the feature to arrive on their platform. Notably, the feature only works if the video is shared by a WhatsApp for Android beta user, and if a regular user shares a video, only the download option will show on the video.