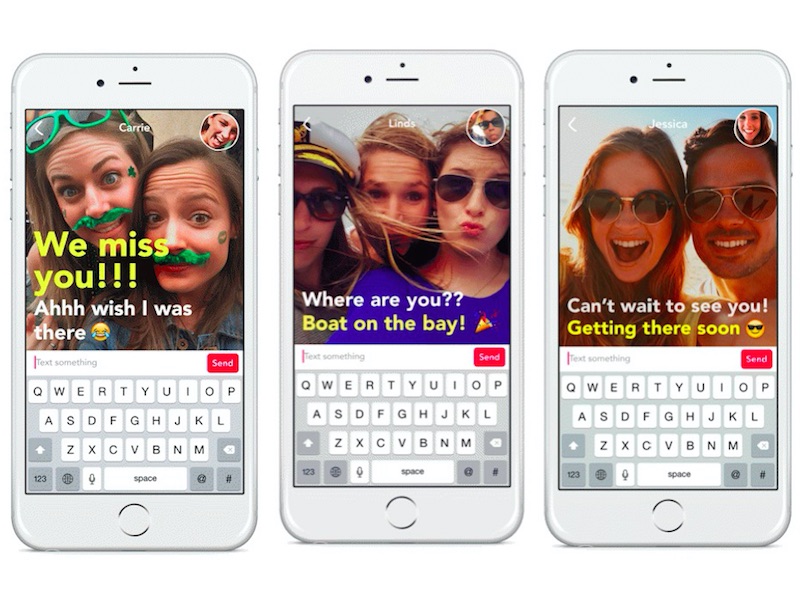 The world isn't running short of messaging apps. App stores are floor-to-ceiling filled with chat and messenger clients. But Yahoo believes that its new messenger app Livetext is something users would want to use. First soft-launched in Hong Kong in mid-July and then officially announced at a New York event at the end of the month, the Android and iOS apps are now available in India, Yahoo announced Thursday.

For those unfamiliar, Yahoo Livetext - Video Messenger is a strange video chat app that merges the traditional texting experience with media-rich content. It allows you to send silent video of yourself with a friend while also letting you type in your thoughts that shows on top of the videos. The company says the app "blends the immediacy and simplicity of texting with the expressiveness of video, without the audio."

"While texting is quick and easy, you often miss the meaning of a message, have to explain your reaction ("LOL"), or wait hours before getting a response. And to actually talk on the phone, you not only have to be available, but you also have to be in a place where you can speak." the company said. "Yahoo Livetext combines video to make your conversations more authentic, and text to bring you a quick and non-intrusive way to connect."

Yahoo has largely remained absent from the aggressively growing and evolving market of messaging clients. The company, whose Yahoo Messenger client dominated the market once, hardly paid attention to improve its marquee messenger, allowing users to jump ship when apps like WhatsApp and Facebook Messenger cropped up in the market. Livetext is seemingly company's way to get back in the game and target the young audience. You can download it from the App Store and Google Play .