YouTube Redesign with Immersive Interface, Pinch-to-Zoom, More Announced: All You Need to Know

YouTube's redesign is rolling out to users, months after the service celebrated its 17th anniversary. 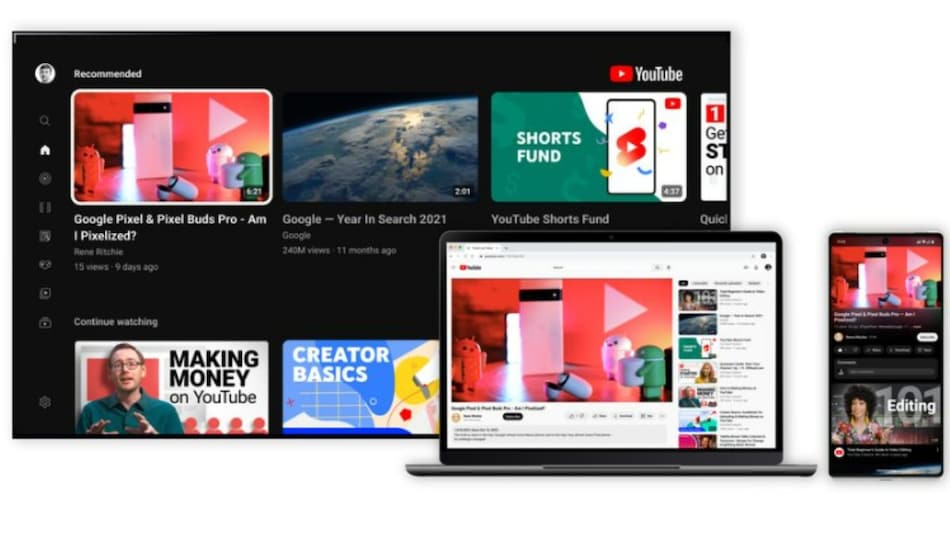 YouTube, the Google-owned video-sharing platform, has announced that it is rolling out a refreshed design alongside a broad launch of features that were previously reported to be in beta testing. The service's announcement comes months after it celebrated its 17th-year anniversary. The dark theme has also been updated to be even darker, according to Google. YouTube links in video descriptions have been changed to buttons, and action buttons such as like, share and download, have been redesigned to minimize distractions, according to the company. Meanwhile, pinch-to-zoom and precise video seeking features have also been introduced to the platform.

According to the company's blog post, YouTube will utilise dynamic colour sampling for a subtle effect on the app's background which adapts to match the colour of the video being played by users. The service says that it took inspiration from "screens in a darkened room" that allows for "greater focus" for the introduction of the ambient mode on dark theme. The dark theme which has also been updated to be even darker to provide for better focus by making the colours in a video "truly pop". It will roll out on Web, mobile, and smart TVs.

YouTube links in video descriptions will now feature in the form of buttons. Meanwhile, the like, share, and download buttons have been formatted and reshaped to minimize distractions. The subscribe button on YouTube's video player has also received a makeover that sees it sporting a new shape and high contrast while also losing its red colour that was previously seen. The button changes have been introduced to increase accessibility on watch and channel pages, according to Google.

The service has also introduced a pinch-to-zoom feature on iOS and Android devices, allowing users to zoom in and out of a video through a pinch gesture.

YouTube's refreshed look and new features are being rolled out to users globally, starting today.